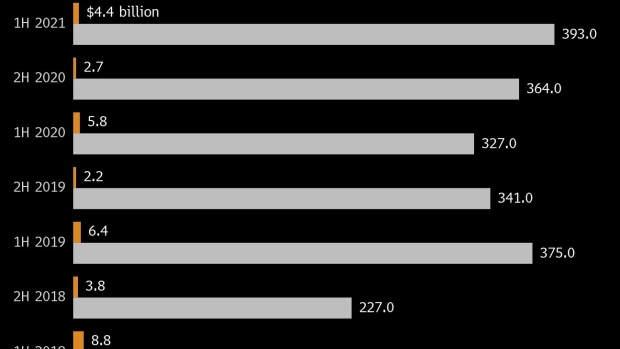 (Bloomberg) -- A new generation of young professionals, defined by the realities of a global pandemic, are eschewing work at established corporations and jumping into startups. It’s a trend that’s lead to more tech activity in Southeast Asia, says a Thai venture capitalist running a $30 million fund hunting for investments.

When the venture-capital arm of Thai Oil Pcl began looking for tech startups to help its businesses become more efficient and diversified in 2020, it struggled to find companies with promising innovations rooted in hard sciences and applied engineering, Luck Saraya, Managing Director of TOP Ventures, said in an interview from Bangkok. Just 12 months on, there are many more offerings, with a new crop of entrepreneurs who’ve thrown conservative attitudes about working in startups out the window, he said.

“This younger generation are more willing to take the risk to work for a startup -- that’s a mindset that didn’t exist before,” Saraya said. “Just a few years ago, young people wanted to work in a big company with high job security. Now we’re seeing more lean toward tech.”

Although Covid-19 has decimated tourism and retail in Southeast Asia, the region is home to some of the fastest-growing internet markets. Venture backers made a record 393 deals in the first half of 2021, raising $4.4 billion by investing in startups across Southeast Asia, according to Cento Ventures.

TOP Ventures has been in on the frenzy. Since 2020, the company has backed three venture capital funds and invested directly in four startups, deploying about $18 million. It plans to invest the rest of the fund’s money by next year and is looking for startups with innovations in manufacturing, food and biotech as well as electric vehicle and battery innovations.