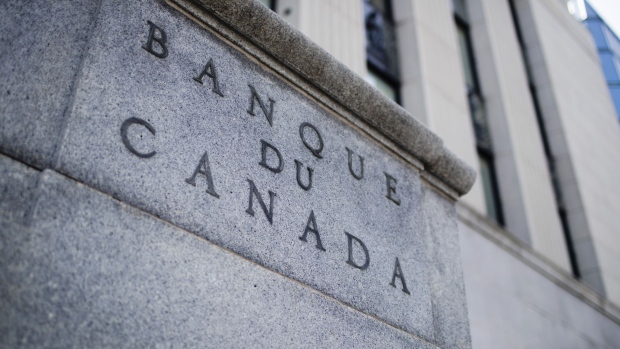 In a speech to the Canadian Association for Business Economics, deputy governor Lawrence Schembri said the perception gap on prices holds significant implications for the central bank, which for three decades has targeted an annual inflation rate of two per cent.

The comfort zone the bank sets for its inflation target is a key factor in determining its key policy interest rate, which in turn affects the rates charged for mortgages and loans.

Schembri said the bank has benefited over the past 25 years from well-anchored expectations for inflation, which are now being tested by tumultuous economic waters stirred up by the pandemic.

He said maintaining, and increasing, public trust is vitally important for any policy actions the central bank takes to keep prices - and by extension the economy - stable.

“It's more than just a number. Achieving our (inflation) target on a continuing basis contributes to rising standards of living for all Canadians,” he said, according to the prepared text of his Tuesday speech.

“When people and businesses feel confident that they know what the rate of inflation will be, they can make better long-range plans for their careers, their savings and their investments.”

The central bank is in the midst of a review of the inflation target framework before renewing its agreement with the federal government for the next five years, just as it has done since the early 1990s.

It's possible for the bank to choose a different method than the inflation target to act as the foundation of its monetary policy. Schembri said among the options being considered including whether to set a dual target for inflation and employment, or an average inflation rate over a longer period than one year.

Senior deputy governor Carolyn Wilkins, the bank's second-in-command, is scheduled to address an event the bank is hosting Wednesday on alternative models to targeting annual inflation as measured by the consumer price index.

That measure has been shaken by a shift in spending habits during the pandemic. Statistics Canada, which calculates the index by measuring prices on hundreds of goods and services, has found that people are spending less on things that factor more into the inflation reading, like gasoline, and more on things that have a smaller effect.

Adjusting for those changes has shown inflation may be ever-so-slightly higher than the headline reading, Schembri said during a question-and-answer session.

Research the bank has conducted with Statistics Canada during the pandemic has suggested that price increases are close to official inflation readings even when accounting for differences in purchasing based on household makeup, income level, education, age, and renters versus owners, Schembri said.

Another issue that may be at play to explain the gap in perception versus measurement is that consumers don't factor improvements in things like electronics even as prices go up, he says, or that they base more of their perception on the cost of housing, which has risen sharply in cities like Toronto and Vancouver in recent years.

“That's why we're doing this joint research with Statcan because we want to understand better why ... on average consumers think inflation they are experiencing is different from what's actually measured by the CPI,” Schembri said during the question-and-answer session.

“It's incumbent on Statistics Canada as well as ourselves to better explain inflation and its determinants so ... we can address this gap.”

Schembri ended his speech by saying the central bank must communicate often, clearly and consistently to a broad audience to better influence expectations about prices and maintain its own credibility.