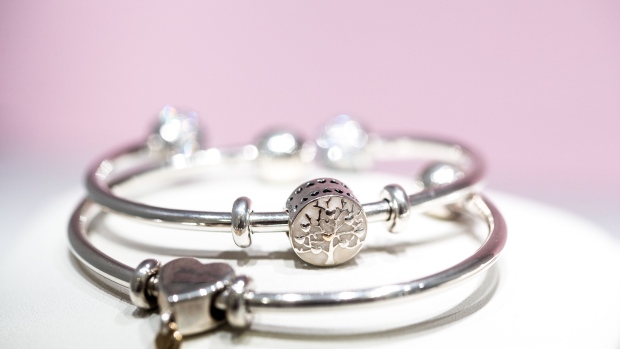 A tree of hearts charm, center, sits on a bracelet on display in a Pandora AS store in Copenhagen, Denmark, on Monday, July 9, 2018. , Bloomberg

A Danish jewelry maker known for attracting hedge-fund attacks has just added over US$1 billion to its market value.

Copenhagen-based Pandora A/S, which produces more jewelry than any other company in the world, has seen its share price soar about 30 per cent this week after its new chief executive officer, Alexander Lacik, unveiled a set of quarterly results that reassured the market the company has the right strategy. More specifically, investors now believe that a brand relaunch will pay off.

The stock rose 10 per cent on Tuesday and added as much as 15 per cent Wednesday after analysts published notes praising Pandora’s results and its new management.

“We’re surprised in a positive way by the effect Pandora’s marketing initiatives have had in Italy and the U.K.,” Janne Vincent Kjaer, vice president of equities at Jyske Bank, said in a note. She’s now advising clients to buy shares, because she sees “better momentum in the stock.” Pandora’s operating profit still fell, but it committed to its full-year guidance.

Lacik, who joined in April, said in a phone interview that he wished he’d been able to present better growth rates. But he also expressed some satisfaction that he was able to steer clear of the profit warnings that have repeatedly dragged down Pandora in recent years.

“We have said it would get worse before it would get better -- we’re just on the verge of getting better,’’ the CEO said. “Things have to start improving at some stage to make the investment case interesting.’’ 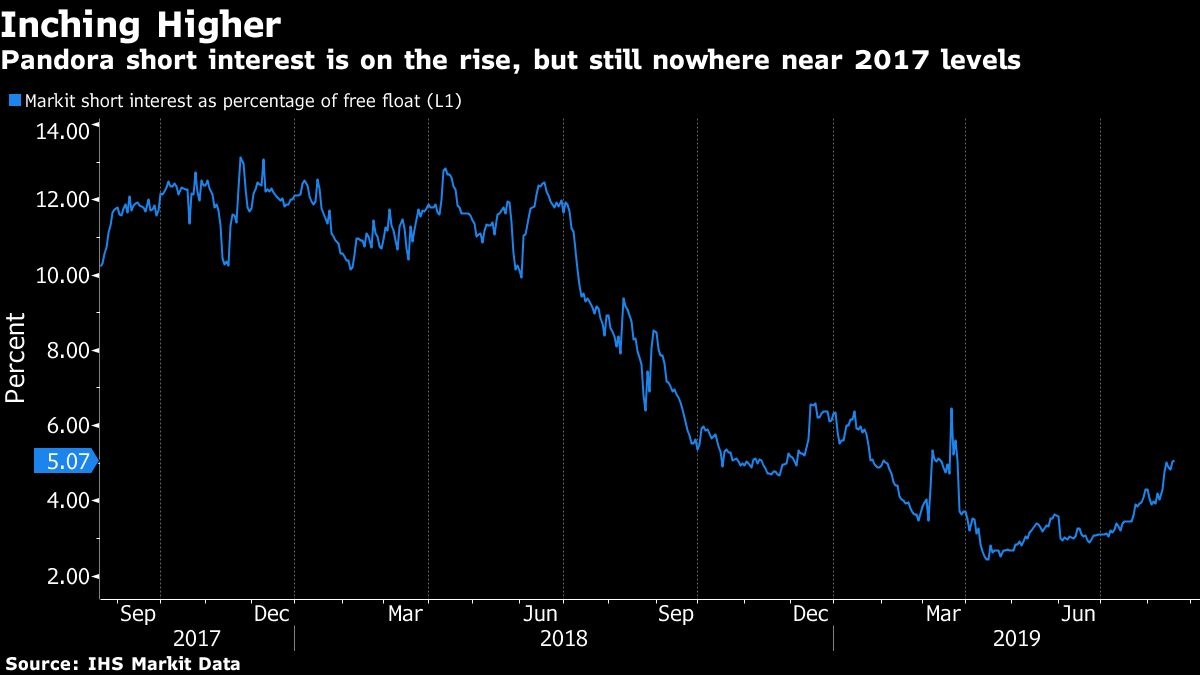 A few analysts have raised their price estimates for Pandora since it reported its second-quarter results on Tuesday. But many brokers remain cautious. The company has 5 buy ratings, 11 holds and 4 sells, according to data compiled by Bloomberg.

Pandora has in recent years fired several of its top executives, including a CEO and chief financial officer, amid complaints that it failed to communicate well with analysts and investors.

“The new CEO is off to a good start vis-a-vis analysts, presenting clearly and easily,” Frans Hoyer, an analyst Handelsbanken, said in an note to clients on Wednesday, repeating his buy recommendation on the stock. “We noted in particular his ruthless honesty regarding the timing of benefits from the brand re-launch effort, which will be gradual over the next two years.”

Short interest in the stock is still high at almost five per cent of Pandora shares, but down from about 13 per cent at the end of 2017, according to data compiled by IHS Markit. With this week’s increase, the stock has erased a year-to-date loss, and is now heading for its first annual gain since 2016.

It’s worth noting that the CEO and the CFO, Anders Boyer, snapped up Pandora stock on Tuesday, acquiring about 75,000 shares between them. At Wednesday’s peak trading price, those transactions had given them a joint profit of 3.67 million kroner (US$550,000) in just one day.