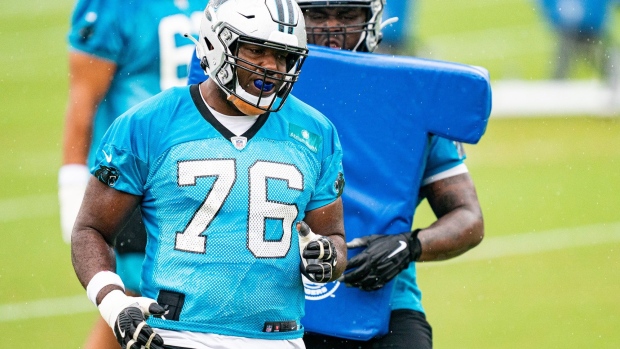 (Bloomberg) -- Russell Okung, a Pro Bowl tackle for the Carolina Panthers, tweeted back in May 2019 that he wanted to be paid in Bitcoin.

More than a year later, Okung let the world know that he’s become the first National Football League player to collect a portion of his check in the cryptocurrency.

The tackle will be receiving 50% of his $13 million salary in Bitcoin using Zap’s Strike product, according to a report from CoinDesk, a crypto and blockchain news site. Strike facilitates payments that are translated from ordinary currency into Bitcoin.

Okung has long been a proponent of the cryptocurrency. His Twitter bio reads “life, liberty and #bitcoin,” and he’s written about his talks with teammates about its virtues.

The largest cryptocurrency is on track for its longest monthly winning streak and is setting all-time highs during a rally that has seen it gain more than 270% this year.