Pizza -- the unofficial meal of 2020 for many locked-down consumers -- has finally slowed its meteoric rise.

Papa John’s International Inc. and Domino’s Pizza Inc. on Thursday both reported same-store sales growth that missed estimates in the U.S. Although the two chains both logged increases, the rate of growth is slowing as indoor dining resumes across the country. 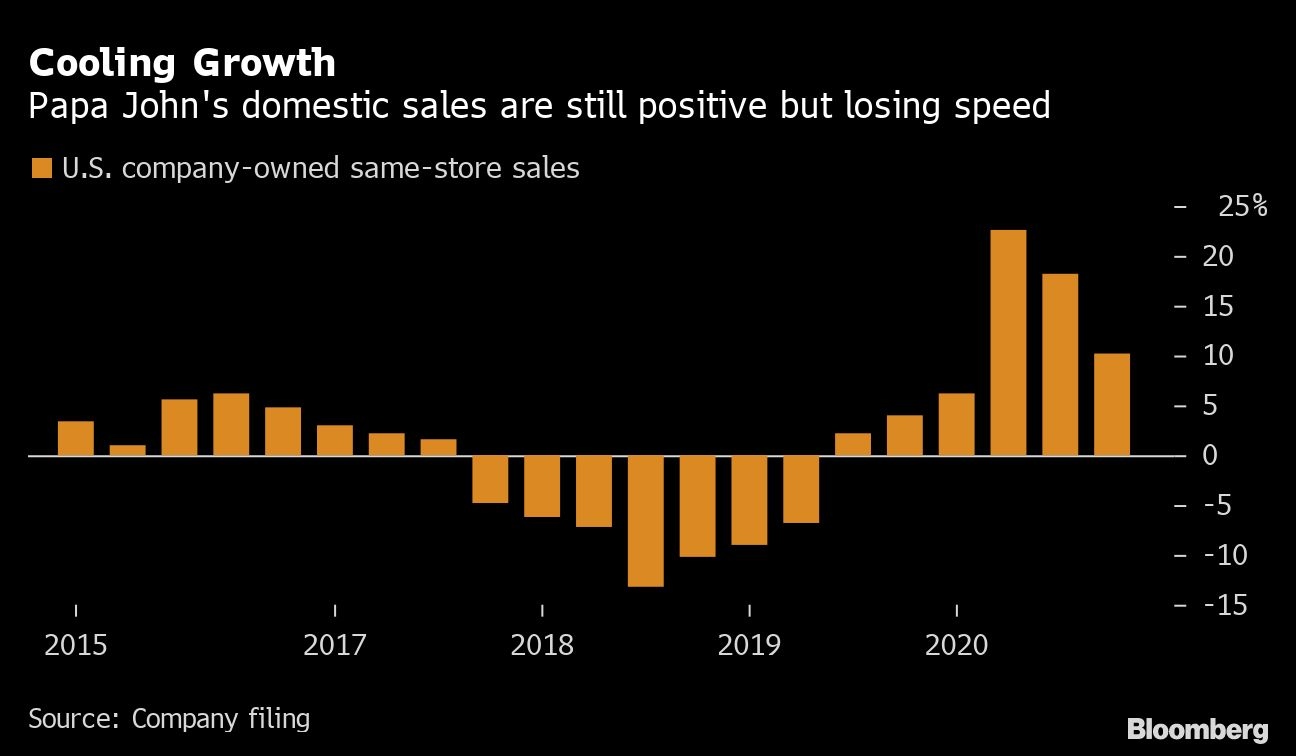 Domestic company-owned Papa John’s restaurants reported a 10.2 per cent bump in same-store sales in the fourth quarter, below the estimate of 11.6 per cent compiled by Consensus Metrix and less than half the growth recorded at the height of the U.S. stay-at-home orders. By the same metric, rival Domino’s sales rose 8.1 per cent, less than the 12.9 per cent estimate. Systemwide sales also missed expectations for both chains in their home markets.

Homebound consumers turned to the original delivery staple at unprecedented levels last spring and summer -- prompting an actual pepperoni shortage -- but analysts warned at the time those growth rates would be tough to maintain once other kinds of restaurants caught up in terms of take-out and delivery.