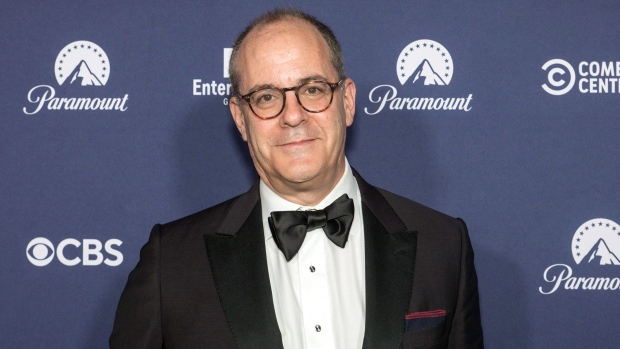 (Bloomberg) -- David Nevins, who serves as chief creative officer for scripted series at Paramount Global’s streaming service, Paramount+, is leaving the company at the end of the year.

The move represents a significant shakeup at Paramount, and the loss of a key creative figure. In a memo, Paramount Chief Executive Officer Bob Bakish said as a result of Nevins’s departure, the company will make other adjustments to its leadership structure to better align its movie studio, television networks and streaming operations.

Three executives -- Chris McCarthy, Tom Ryan and George Cheeks -- will have their roles expanded. McCarthy, who runs entertainment channels such as MTV, will now also oversee Showtime, while Showtime’s streaming business will report to Paramount Streaming head Ryan. Cheeks, who runs CBS, will take command of BET Networks and Paramount Television Studios, which will continue to operate alongside CBS Studios.

Nevins was viewed as an important figure at Paramount in more than a decade of working there. Bakish called him the “driving force” behind the Showtime network, turning into a major brand by helping develop hits including Billions and Shameless. He also helped expand Paramount+, which is still a small player in a streaming market dominated by Netflix Inc. and the Walt Disney Co.

In an interview with the Wall Street Journal, Nevins, 56, said he had been considering a potential exit for awhile, and people familiar with his decision told the newspaper his autonomy had waned.

In a note to staff, Nevins said the company’s programming slate for next year was strong and that he was looking forward to the next phase of his career. “The industry is transforming rapidly, and I am genuinely excited about what the future holds,” he said.