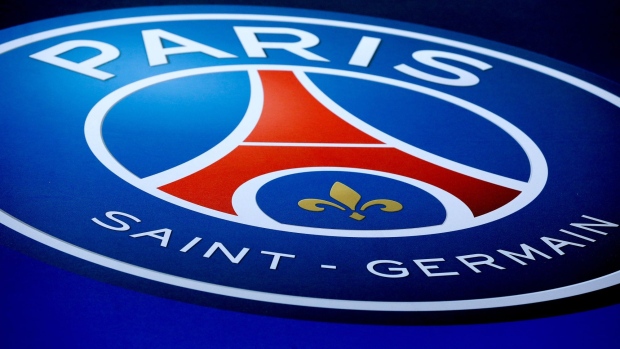 (Bloomberg) -- Paris Saint-Germain, winner of seven of the last eight Ligue 1 soccer championships, is turning its merchandising over to sports-marketing giant Fanatics Inc. in a 10-year licensing deal.

Fanatics, a portfolio company of SoftBank Group, will add management of PSG’s apparel, headwear and hard goods licensing while expanding its existing e-commerce relationship. Fanatics will make many of those products itself and will sublicense others through the team’s existing partners such as Nike Inc. and its Jordan brand.

Home to superstars Neymar and Kylian Mbappe, Paris Saint-Germain is one of just 11 soccer clubs around the world valued at more than $1 billion, according to Forbes.

“What is special about Paris Saint-Germain is its brand ambition in fields outside football,” said Fabien Allegre, the team’s brand diversification director, in a statement. The goal is to join forces at a time when consumer habits are changing rapidly, he said.

While both sides declined to comment on specific deal terms, a Fanatics spokesman has said the deal will be the largest financial commitment the company has made to a club. Bloomberg reported in 2018 that a deal Fanatics struck with the University of Oregon was valued at $23 million.

Fanatics has been searching to expand its international portfolio. Currently, the company operates online shops for the NHL, NBA, NFL and MLB and has licensing agreements with each league and many of their teams.

“Paris Saint-Germain is one of the most forward-thinking and innovative football clubs in the world and is, without doubt, one of the hottest brands in global sport right now,” said Gary Gertzog, Fanatics’ president of business affairs.