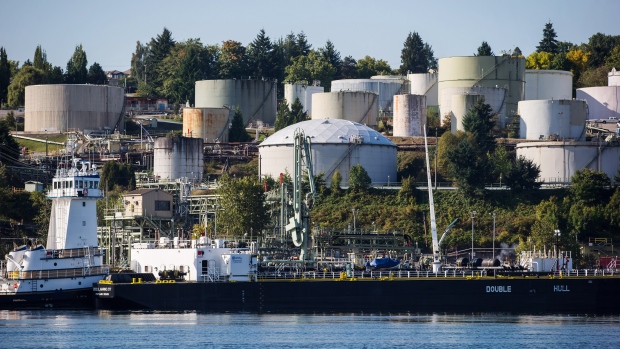 CALGARY - Parkland Fuel Corp. says it is close to finishing the maintenance work at its refinery in Burnaby, B.C.

The Calgary-based company says it has begun the startup sequence at the facility.

Parkland expects to take about two-weeks to reach full operational capability due to additional safety measures taken due to COVID-19.

The change in processes and procedures in response to guidance from provincial health authorities means fewer staff on site.

Parkland cut its capital spending budget by 52 per cent last month and trimmed executive salaries in response to the uncertain economic impact of the pandemic.

The company sells fuel through more than 2,600 service stations throughout Canada and in the United States and Caribbean.