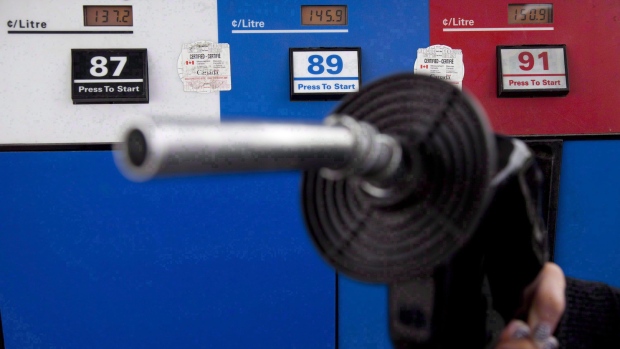 Gas prices are displayed as a motorist prepares to pump gas at a station in North Vancouver, B.C., Tuesday, May 10, 2011. , THE CANADIAN PRESS/Jonathan Hayward

Its net earnings per diluted share were 21 cents, compared with 70 cents last year. Analysts had expected a loss of 38 cents, according to financial data firm Refinitiv.

Parkland, which purchased the Caribbean fuel retailer Sol early last year, says volumes in its international segment are trending about 20 per cent lower in July compared with last year because some markets have temporarily increased restrictions due to rising COVID-19 cases.

It says overall fuel and petroleum product volumes decreased by 14 per cent in the second quarter compared with the year-earlier period but strong fuel margins and convenience store traffic, along with cost cutting, drove an over 30 per cent increase in adjusted earnings in Canada.

Parkland, which sells fuel through more than 2,600 service stations in Canada, the United States and Caribbean, cut its budget to $275 million in March, down from its earlier guidance of $575 million. It says it will restore $50 million to account for stronger cash flow than expected and higher maintenance spending.

“Our financial and operating performance through the second quarter demonstrates the flexibility and resilience of our diversified business model. While we remain nimble in light of ongoing COVID-19 uncertainty, we are confident in our ability to advance our growth agenda.”