U.K. Prime Minister Boris Johnson had a second bad day after Parliament moved to block the U.K. from leaving the European Union without a deal and later rejected his call for a general election.

For domestic U.K. stocks, that may support a more risk-on mood as the chance of the country crashing out of the European Union without a deal in place is diminished, according Mediolanum. The pound posted its biggest gain in six months on Wednesday, before giving back some of the gains Thursday. The internationally-focused FTSE 100 is little changed, underperforming the broader European gauge, with some large exporters declining on the pound’s strength. Some domestic stocks including U.K. grocery shares are outperforming. 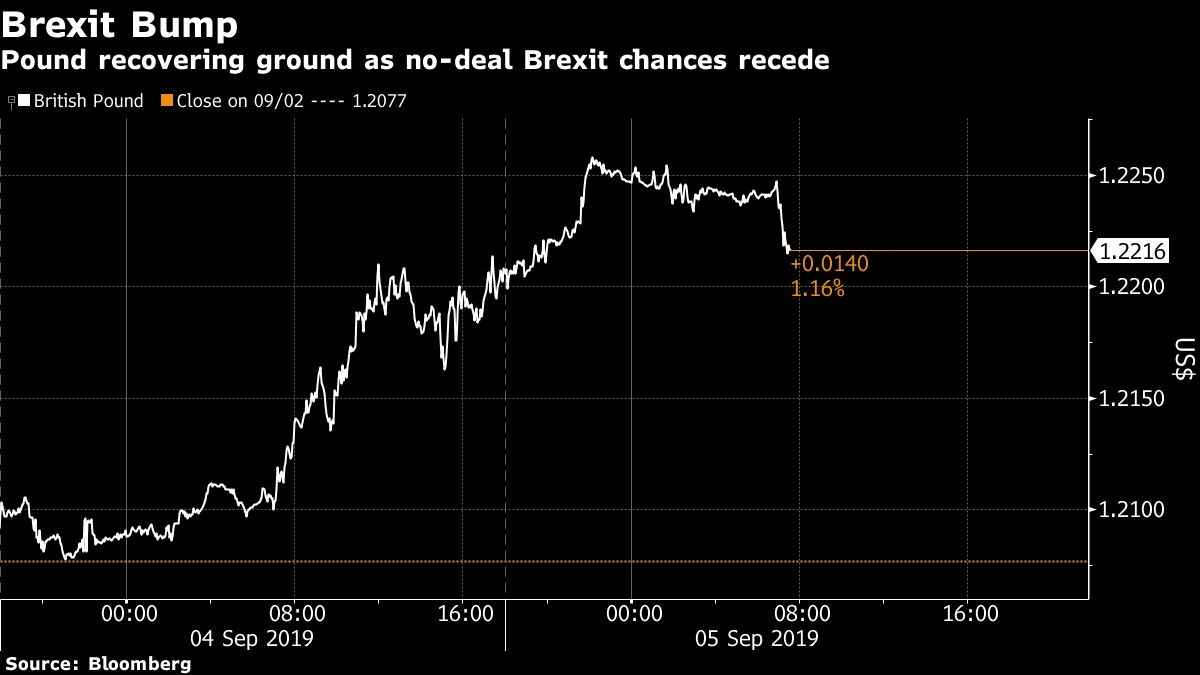 Here’s what market participants had to say about last night’s developments.