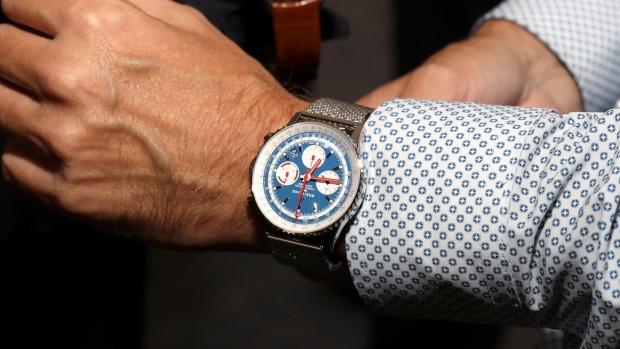 (Bloomberg) -- Partners Group Holding AG is in advanced talks to acquire a 25% stake in high-end watchmaker Breitling SA from CVC Capital Partners, according to people familiar with the matter.

A deal could be announced in the coming weeks, the people said, asking not to be identified discussing confidential information. The investment is set to value Breitling at about 3 billion Swiss francs ($3.3 billion), the people said.

Known for its aviation-themed timepieces, Breitling traces its roots back to the work of watchmaker Leon Breitling in 1884. It’s one of the larger Swiss watch brands that’s still independent, while most others have been acquired by competitors such as Swatch Group AG, Richemont, LVMH and Kering SA.

Deliberations are ongoing, and negotiations could still fall apart, the people said. Representatives for CVC and Partners Group declined to comment.

CVC has been working with Rothschild & Co. and GCA Altium to explore options for Breitling, Bloomberg News reported previously. The private equity firm bought a majority stake in the watchmaker in a 2017 deal valued at more than 800 million euros ($931 million).