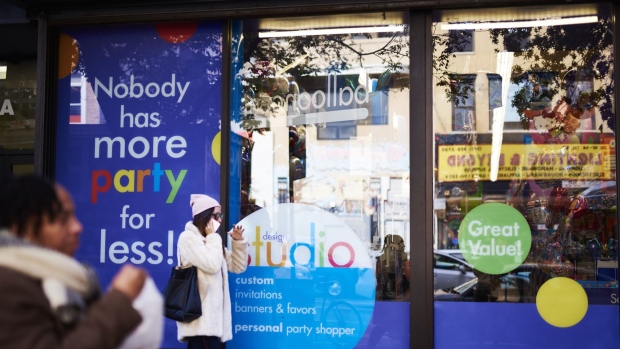 (Bloomberg) -- Party City Holdco Inc. is renewing talks with creditors over liquidity needs with help from longstanding advisers, according to people with knowledge of the situation.

The retailer has been getting advice from Moelis & Company and law firm Paul Weiss Rifkind Wharton & Garrison, said the people, who asked not to be identified because the matter is private.

Known for selling balloons and other festive supplies, Party City has been squeezed by a helium shortage, costly shipping and consumers wary of rising prices. Sales during the critical Halloween period disappointed investors.

Party City had $121.5 million of liquidity available at the end of the third quarter, including about $92 million of availability under asset-based credit lines. That’s against nearly $1.8 billion of debt, including a small slug of notes due in August 2023.

Please click here to take part in Bloomberg’s quick and anonymous MLIV Pulse Survey on the biggest opportunities in credit.

Party City’s debt load is unsustainable, according to S&P Global Ratings, which downgraded the company deeper into junk territory last month. The retailer may default on its debt within the next year without effective cost-cutting measures, or if sales worsen more than expected, S&P said.

Last month, Chief Executive Officer Brad Weston said management intends to cut $30 million of costs by 2023, in part by reducing its workforce 19%. Party City completed a series of debt exchanges to create more financial breathing room during the early days of the pandemic.