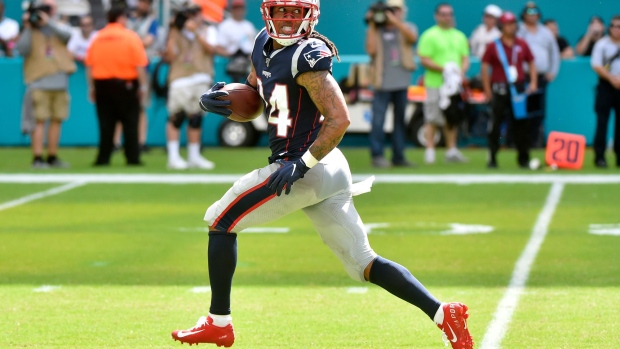 The National Football League is having its second virus scare in as many weeks, ratcheting up the pressure on America’s favorite sport to contain an outbreak that threatens its season.

On Wednesday, the New England Patriots, Tennessee Titans and Las Vegas Raiders were reported to have had players test positive for COVID-19. Whether any of the three will ultimately play this weekend remains in doubt.

Despite Newton testing positive, the National Football League opted to play the game rather than postponing it for later in the season, a move that drew criticism for potentially exposing more players to infection. The Chiefs didn’t report any positive tests on Wednesday, according to ESPN. The Patriots facility will be closed on Wednesday, according to the same report.

With just one bye week built into the schedule for each team, the NFL season is highly susceptible to disruption from any outbreaks. If multiple games were to be canceled, the league would be forced to consider determining playoff eligibility with teams having played an unequal number of games or pushing back the Super Bowl, which is scheduled for Feb. 7 in Tampa, Florida.

#Patriots star CB Stephon Gilmore has tested positive for the coronavirus and the team isn't expected to practice today, per sources.

Also on Wednesday, the NFL Network reported that the Tennessee Titans’ plan to reopen their facility was put on hold after two players tested positive for the virus. The Titans were slated to face the Pittsburgh Steelers on Oct. 4, but that game was delayed to Oct. 25, becoming the first NFL game to be affected by the virus.

The #Titans’ reopening is on hold after another player tested positive from Tuesday's round of COVID-19 testing, per source.

On Tuesday, the Las Vegas Raiders added defensive tackle Maurice Hurst to the COVID-19 list. The Raiders had one player test positive for the virus on Tuesday, according to a report from ESPN.

In response to the uptick in positive tests, NFL Commissioner Roger Goodell warned the league’s 32 teams on Monday that they would face penalties if they were found to be in violation of COVID-19 safety protocols.

“Protocol violations that result in virus spread requiring adjustments to the schedule or otherwise impacting other teams will result in additional financial and competitive discipline, including the adjustment or loss of draft choices or even the forfeit of a game,” Goodell wrote in a memo obtained by the Associated Press.