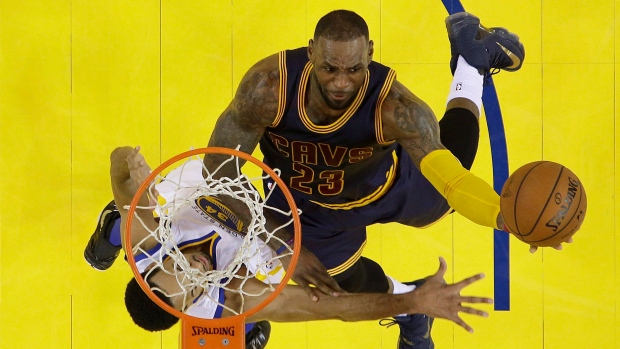 There’s little doubt that the most famous “boomerang employee" is LeBron James. The NBA star’s original exit from the Cleveland Cavaliers wasn't a friendly one. However, when you are at the absolute top of the game, it’s probably an easy decision for a former employer to hire you back – regardless of how you left.

But it isn't that way for everyone. You may think you never want to go back to a past workplace, but it still could happen.

Be classy when saying goodbye

So, just in case, remember that you shook hands on the way in – and you want to shake hands on the way out. Be classy. Besides, you likely have built relationships you want to maintain and your former employer’s reference could be instrumental in your next job. These days the job market is tough to get into and people change their jobs more frequently. So saying goodbye to an employer might not be as permanent as you think.

Half of Canadians between the ages of 18 and 34 say they are likely to return to a previous employer, according to a new survey by Monster Canada. As for those nearing the end of their career, age 55 plus, seven out of 10 say they have never returned to a job they left.

Saying goodbye doesn't have to be written in stone. There are good reasons to return to a previous employer and according to Monster’s survey, here is what motivates people to consider this option: earning a good salary (23 per cent), work/life balance (19 per cent), opportunities for growth and personal development (17 per cent) and missing the people (17 per cent).

Thinking of reapplying to your former boss for a job? Be sure to profile the new and improved you. LeBron James has his scorecard to showcase his skill base – but what does yours look like? Think about highlighting how you have improved, what you added to your resume, and how can you take those skills and add value to the organization the next time around.

I'm a boomerang employee myself. I spent most of my career at TD Bank, left for a short stint and joined Bell Media, went back to TD Bank and retired, and then I came back to Bell Media. I guess that makes me a "double boomeranger."

Having said that, no one likes a chronic job hopper. Employers want to hire workers who are going to be seriously committed to a position for a reasonable period of time.

Some HR professionals however, point out that boomerang employees are the ultimate compliment for both parties. Employees may leave looking for a better opportunity, realize that the grass isn’t greener, and go back to their ex-employer who was a better fit in the first place.

As the Chief Financial Commentator for CTV News, Pattie Lovett-Reid gives viewers an informed opinion of the Canadian financial climate. Follow her on Twitter @PattieCTV