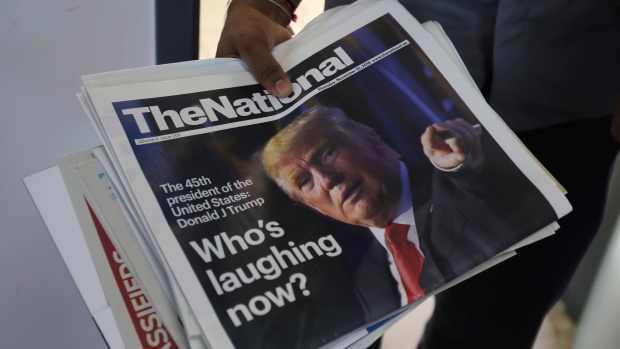 The U.S presidential election outcome has a lot of moving parts and clearly, it’s become a game changer already for investors.

We are seeing the stark differences between the developed markets and developing markets where money has flowed aggressively into U.S. stocks. The Dow hit a record high not seen since its previous record close on Aug. 15.

The MSCI Emerging Markets Index, on the other hand, is down more than 2 per cent, the Jakarta Composite tumbled the most in a year, and the Philippine Stock Exchange had its biggest loss since January. Shares declined in Russian, South African and Turkish markets, while benchmark indexes in Brazil, Argentina and Mexico plunged more than 3 per cent in the last session.

In addition, Malaysia and Indonesia have been caught in the eye of this emerging market storm and have been forced to defend their currencies.

This is all the result of prospective policy changes that could come once Donald Trump takes over the White House. Everything from potential tax cuts, to ramped up infrastructure spending, regulatory changes and more protectionist rhetoric are on the table.

Meanwhile, closer to home, the Canadian dollar breached 74 cents US this morning due to a number of factors coming together to hammer the dollar. The greenback had been trending lower but the potential for tax cuts in the U.S. could increase spending and tick up inflation, forcing the U.S. Federal Reserve’s hand in raising rates. Other indicators in the U.S. such as employment data and GDP growth already support the move.

The Bank of Canada’s next move could in fact be a rate cut and its correlation to the price of oil, which continues to trend down ahead of the OPEC meeting, isn’t helping. U.S. President-elect Donald Trump has made it clear he would like to be independent of OPEC and with increased production in the U.S., this just adds to the angst and pressure on the commodity.

So it isn’t surprising that a new poll by Angus Reid Institute highlights it isn’t only investors that feel the outcome of the U.S. election will be a game changer – most Canadians say the Trump victory will hurt their country’s relationship with the U.S.

Almost two-thirds say they are upset with the outcome and nearly half of respondents said they are “very upset.” One of the main drivers of this sentiment is the sense that a Trump administration will be bad for Canada’s relationship with its most important trading partner: 52 per cent of Canadians said they think Trump will have a “negative impact” on the country’s overall relationship with the U.S.

No one likes uncertainty and what is clear is that uncertainty is what we’ve got – and that will likely result in markets volatility for some time.