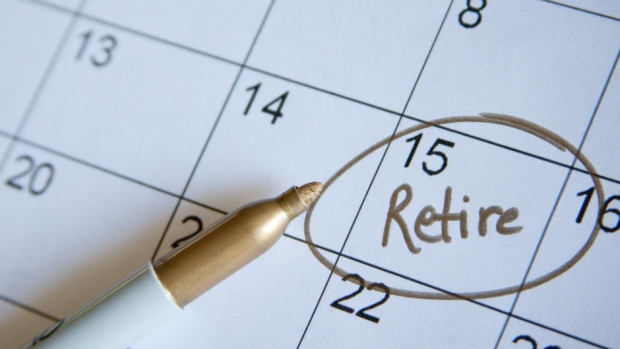 For decades, financial institutions have used scare tactics highlighting fears of outliving your money. It often falls on deaf ears though, and as a result, we have become a little hesitant to reach out and ask for help. Sadly, had we paid attention years ago we might be in a different financial situation today.

The message may have been right but the delivery at times can be hard to swallow: Save today or risk compromising your lifestyle tomorrow.

IS TIME ON YOUR SIDE?

Had we paid attention, in a perfect world you would have started to save for retirement in your 30s. With time on your side, you could have been a little more aggressive with your portfolio holdings especially before financial demands such as marriage or having children, kicked into gear. In fact, you might even have been in a position to put more aside, recognizing it might be harder to do down the road. This would have allowed time and compounding to work for you.

In your 40s, many people are hitting their career stride. Yet along with increased income, mortgages often get bigger, demands of children kick in and when you least want or expect it, a new car needs to be purchased. This is a critical time in which you cannot abandon your RSP savings strategy . If you look closely, you can often find expenses that could be redirected to savings.

Once you hit your 50s, you might not feel old but you don't have as much time as you think. You have to build your retirement nest egg.

WHEN TO GET HELP

Seeking expert advice to build a retirement nest egg is better sooner than later. Sadly, many people haven't done that. And in hindsight, financial institutions’ scare tactics may have been right after all.

A new report released by CIBC finds that 65 per cent of respondents don't seek financial help soon enough, and that has led to misconceptions about the value of contributions to a Registered Retirement Savings Plan and the value of registered plans in general as vehicles used to save for retirement.

Ignorance is not bliss.

The point is made very clearly in CIBC’s report: Investing in an RRSP and TFSA will always beat investing in non-registered plans and in fact, according to Jamie Golombek, managing director of tax and estate planning with CIBC, "the bottom line is that there's no point having non-registered investments unless you have maxed out your TFSA and RRSP room.”

No scare tactics just the facts. Most of us could have found a few dollars to save early on had we understood the risks and rewards of doing so.

Starting to save early for retirement, and using the right types of plans would have eliminated the fear of outliving our money and helped us to defer paying taxes. It’s a win-win situation.

Nearly three out of five Canadians in the CIBC poll said that saving for retirement is “complicated,” and that they wish they knew more. That is the easiest part of the puzzle to solve: Reach out and ask for help – the real danger is not getting the help you need.

You have to wonder if Millennials, unlike their Boomer parents, will listen. This is a big deal – you could spend a third of your life in retirement – so you want to know the facts and debunk the myths from reality.