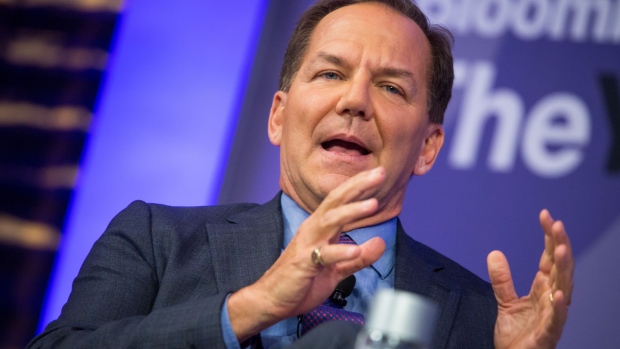 (Bloomberg) -- Macro investor Paul Tudor Jones is buying Bitcoin as a hedge against the inflation he sees coming from central bank money-printing, telling clients it reminds him of the role gold played in the 1970s.

“The best profit-maximizing strategy is to own the fastest horse,” Jones, the founder and chief executive officer of Tudor Investment Corp., said in a market outlook note he entitled ‘The Great Monetary Inflation.’ “If I am forced to forecast, my bet is it will be Bitcoin.”

Jones said his Tudor BVI fund may hold as much as a low single-digit percentage of its assets in Bitcoin futures.