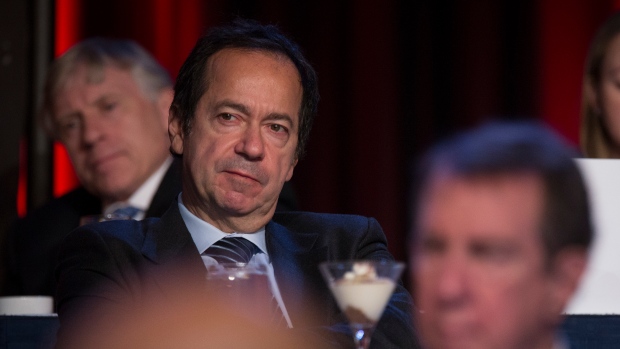 The hedge fund run by billionaire John Paulson, which said it owns a 5.4 per cent stake in Toronto-based Detour, has formally called for a meeting of shareholders to elect its slate no later than Sept. 28.

“The current Detour Gold directors have presided over a period of massive value destruction with little regard for shareholder interests, while enriching themselves with shareholders’ cash,” Paulson said in a statement Thursday. “It will soon be time for shareholders to stand up for their rights and replace Detour Gold’s entire board with a stellar team of competent and shareholder focused directors."

Paulson & Co. also said that it was served with a lawsuit by Detour on July 24. It said the facts are "incorrect" in the suit and it will defend itself against them.

"The Detour Gold board continues to engage in a wasteful strategy to try to entrench itself. Instead of responding to legitimate shareholder concerns regarding Detour Gold’s poor performance, the board is trying to suppress shareholders by unjustly suing them."

A representative for Detour was not immediately available for comment.

Paulson has been pushing Detour to put itself up for sale, citing stock losses and poor management. Paulson’s efforts have been supported by several Detour investors, including its largest holder Van Eck Associates Corp., which has also called for a sale.

Detour’s shares sank in April after it revealed a mine plan that increased the cost for the operation and lowered 2018 production guidance. The shares have rebounded since Detour updated its mine plan last month and Paulson & Co. called for a sale.

The miner has resisted efforts to run a process to sell itself, though it’s said it would entertain any strategic alternative that would create better shareholder value than its own plans. To that end, the company said last week its special committee is constantly reviewing alternatives, including acquisitions, mergers, joint ventures, a sale, strategic investments and capital raising.

The miner has also said it has had several parties sign confidentiality agreements in the past to look at its books but that no offers have materialized. It asked Barrick Gold Corp. earlier this month to sign a confidentiality agreement alongside Paulson, according to people familiar with the matter. Neither Paulson nor Barrick signed the agreement, they said.