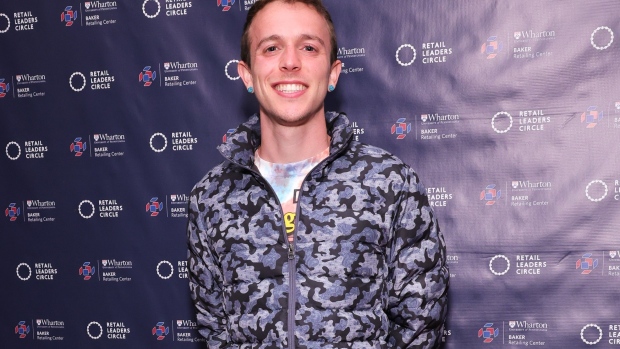 (Bloomberg) -- Bolt Financial Inc., the payments startup known for its founder’s inflammatory Twitter threads claiming Silicon Valley is run by “mob bosses,” is being sued by its most prominent customer.

The complaint by Authentic Brands Group alleges that Bolt not only failed to deliver promised technology but that during Bolt’s integration with Forever 21, the clothier lost out on more than $150 million in online sales. The complaint also states that Bolt raised funding at increasingly high valuations by “consistently overstating” the nature of its integration with ABG’s brands to suggest it had more customers than it did and to convince investors to bankroll additional growth for the startup.

Because Bolt’s business relies on having a large network of consumers, the allegations create major new uncertainty for the controversial payments startup, which investors most recently valued at $11 billion.

In a filing, Bolt responded to the complaint saying that ABG’s claims are without merit, and are “a transparent attempt” to renegotiate the terms of the companies’ agreements. A spokeswoman for Bolt declined to comment. A representative for ABG did not immediately provide a comment.

The complaint is dated March 4 and has not been previously reported. The case is set to go to court by October.

In the suit, ABG also says its agreement with the startup entitles the company to buy up to 5% of Bolt for $29 million. Bolt’s filing said it is not obligated to sell. At Bolt’s current valuation, that stake would be worth about $500 million.

The lawsuit comes during a chaotic time for Bolt. Soon after the company raised its last round of funding in January, its 27-year-old co-founder, Ryan Breslow, tweeted a series of incendiary accusations against several Silicon Valley luminaries, claiming that the industry was a “boys club” run by “mob bosses.” Weeks later, Breslow resigned, in a move he said was unrelated to his tweets, and took on a new role as chairman of the company.

Earlier this year Bolt was said to seek new funding at a $14 billion valuation, but the financing has yet to materialize. A spokeswoman said Bolt was in talks to raise new funding, but declined to comment on the valuation. Bolt’s revenue of around $40 million is unusually low for a company with such a high pricetag, even in the money-drenched world of tech startups. This month the company made another dramatic move: Bolt said it had reached an agreement to acquire crypto startup Wyre Payments Inc.

The lawsuit by ABG generates new questions around Bolt, whose growth is predicated on signing up new customers by making online checkout easy for companies and consumers. Like its competitors, including Shopify Inc.’s Shop Pay and Peach Pay Inc., Bolt streamlines the process for purchasing items online. The startup allows customers to buy an item with one click and from any page (not just the cart page), and makes money when a purchase is completed.

When Bolt and ABG struck a deal in October 2020, it had significant potential to boost the startup’s fortunes. ABG currently manages more than 50 brands, including Juicy Couture, Brooks Brothers and Barneys New York—delivering $14 billion in retail sales annually, according to the filing.

But the partnership was fraught. In its complaint, ABG said, “Bolt has utterly failed to deliver on the technological capabilities that it held itself out as possessing.” ABG described the integration with Forever 21’s mobile app as “disastrous,” and claimed it resulted in significantly fewer customers making purchases. The suit said that because of the technical issues, only two of the company’s brands, Forever 21 and Lucky Brands, are using the software.

In Bolt’s filing, the startup said that any “alleged implementation issues” were not evidence of a failure of Bolt’s technology, and that ABG’s complaint does not show “anything more than typical technical issues that arise while implementing a product like this, let alone that Bolt failed to solve them where technically practicable.”

ABG’s suit also said that Bolt used the company’s branding as it sought to raise money at ever-loftier valuations, and overstated the extent of the companies’ partnership. “Bolt has affirmatively misled investors” by invoking ABG’s brands in its materials, even though not all of those brands were using Bolt’s software, the complaint said. “Including, in one instance, a brand, Reebok, that ABG had not even acquired yet.” The suit accused the startup of “unjustly enriching itself” off of ABG’s reputation and “simultaneously deceiving investors.” In its filing, Bolt said that it had not breached any “confidentiality obligations by mentioning that it had partnered with ABG” to develop technology for the company.

The case, ABG Intermediate Holdings 2, LLC and ABG-SPG ES LLC, against Bolt Financial Inc. is filed in the United States District Court in the Southern District of New York.