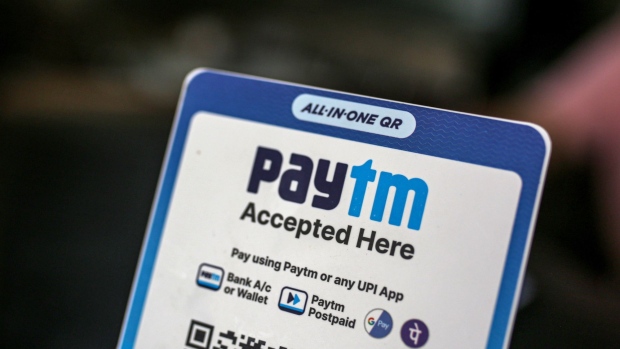 A restaurant advertises the use of the Paytm digital payment system in Mumbai, India, on Saturday, July 17, 2021. Paytm, the Indian digital payments pioneer backed by SoftBank Group Corp., is seeking approval for a $2.2 billion initial public offering that could be India's largest. Photographer: Dhiraj Singh/Bloomberg , Bloomberg

The company reported a loss of 4.74 billion rupees ($63 million) in the quarter ended September from 4.36 billion rupees in the same period a year ago. It’s the first earnings report since Paytm pulled off India’s biggest IPO just days ago.

Investors will scrutinize the numbers for clues as to whether the fintech giant deserves its valuation. Paytm tumbled more than 35% over its first two days of trading, making it among the worst initial showings by a major technology company since the dot-com bubble era of the late 1990s.