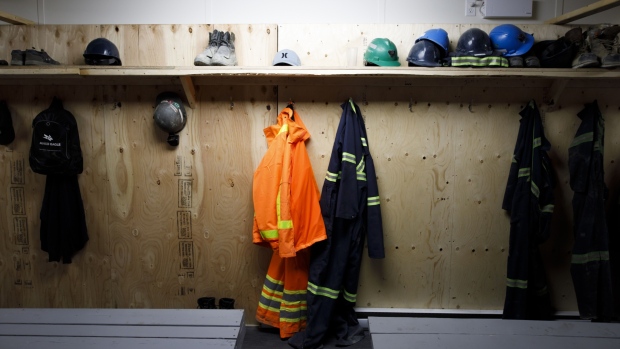 OTTAWA — Canada's economy slowed "sharply" in the final quarter of 2019, the parliamentary budget office said Thursday in its February economic and fiscal report.

And the new coronavirus outbreak, combined with lower-than-expected business spending, will likely push economic growth lower in the first quarter of 2020, the PBO projected.

"While some of the impact of the disruptions is expected to be reversed, we project slower growth due in part to the coronavirus and weaker business investment."

The outbreak, which has directly affected China the most but has also been felt by a number of countries including Canada, could shave 0.3 percentage points off Canada's economic-growth prediction for the beginning quarter of 2020, although the PBO said that was not a certainty.

"Estimates of the overall impact of the coronavirus are highly uncertain at this time."

The country's overall annual growth rate dropped to an annualized 0.3 per cent in the fourth quarter, the PBO said, a projection that was "significantly weaker" than the 1.6 per cent growth rate predicted in its fall report.

Parliamentary budget officer Yves Giroux blamed the fourth-quarter weakness mainly on what he described as temporary disruptions in the mining, oil and gas, motor vehicle and rail transportation sectors.

The report also predicted the federal budgetary deficit for fiscal year 2019-20 will reach $23.5 billion — roughly 10 per cent higher than projected in November -- as a result of new government spending announced in the December economic and fiscal update.

"An additional $800 million in fiscal developments adds to the budgetary deficit due to higher operating expenses, which are partially offset by stronger revenues," the report said.

Those additional operating expenses were largely the result of higher current service costs for pension and other future benefits that were not factors in the PBO's November report.