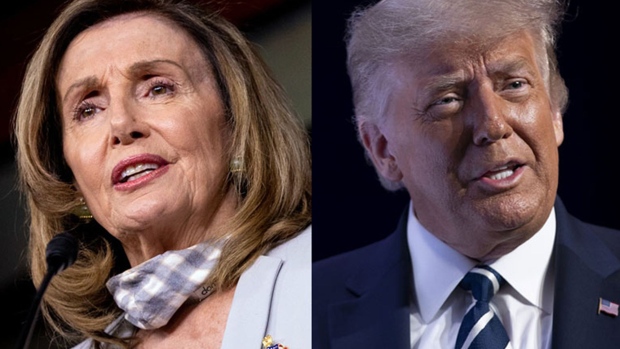 “The president is, shall we say, in an altered state right now, so I don’t know how to answer for his behavior.,” Pelosi said in an interview on Bloomberg Television Thursday.

The Democratic leader also called Trump’s changing positions this week on whether to let his administration conduct talks on fiscal stimulus “strange.” Trump pulled his team from negotiations Tuesday, prompting Pelosi to suggest to colleagues that day that Trump’s thinking might have been affected by the steroids he’s taken to battle his Covid-19, Bloomberg has reported.

“The disassociation from reality would be funny if it weren’t so deadly,” Pelosi said.

For his part, Trump tweeted Thursday that “Crazy Nancy is the one who should be under observation.” He also retweeted posts discussing a “coup.”

Pelosi and Maryland Representative Jamie Raskin will be announcing a bill on Friday that would set up a commission to help evaluate whether a sitting president should be removed from office under the 25th Amendment.

The amendment specifies that if a president informs the Congress that he or she is able to carry out the duties of office in contradiction to the assertion of the Vice President and Cabinet, then he shall resume power, unless the cabinet or a body created by Congress issue a report stating otherwise in four days. If such a report is made, then two-thirds majorities of Congress can vote to strip the president of power.

Trump and Pelosi haven’t spoken since the State of the Union in February.

Senate Majority Leader Mitch McConnell said Thursday that the president is “perfectly fine” and that he “seems normal.” At the same time, McConnell said the discussion on fiscal stimulus from day to day can be “confusing for all of us to follow.”