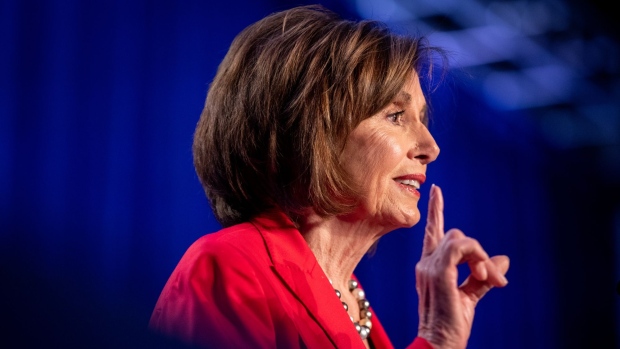 Speaking at the Munich Security Conference, Pelosi said she was going to speak with “candor” to European allies about the dangers of allowing a company with connections to the Chinese government to build global information networks.

“I tell you, unequivocally and without any hesitation, be very careful when you go down this path unless you want to end up with a society like China,” she said. The “most insidious form of aggression” is for a country to infiltrate technology infrastructure with a company “dominated by an autocratic government that does not share our values.”

The California Democrat says she agrees with the Trump administration, which has lobbied European allies to reject Huawei technology as they invest in the next generation of technology.