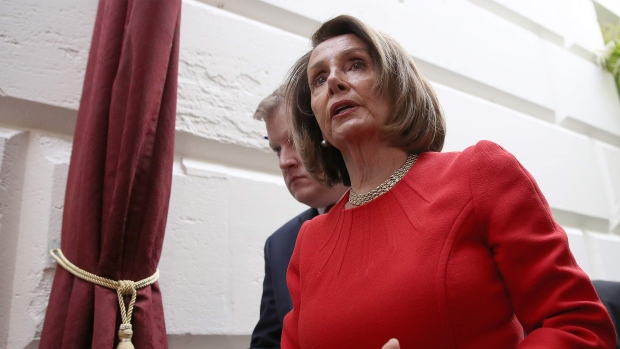 House Speaker Nancy Pelosi said she won’t allow President Donald Trump to give his State of the Union address in her chamber unless government agencies have been reopened.

In a letter to Trump on Wednesday, the speaker said that when she invited the president to give the address on Jan. 29, "there was no thought that the government would still be shut down."

Nancy Pelosi says she will welcome Trump to deliver his State of the Union address only AFTER the government has been reopened pic.twitter.com/2t6ZEw8Xq7

"I look forward to welcoming you to the House on a mutually agreeable date for this address when government has been opened," Pelosi said.

Trump told reporters at the White House he was "not surprised" by her response. Earlier, the president had said he intends to deliver the State of the Union as he was originally invited to do.

“It really is a shame what’s happening with the Democrats,” Trump said. “We’ll have to respond to it in a timely fashion.”