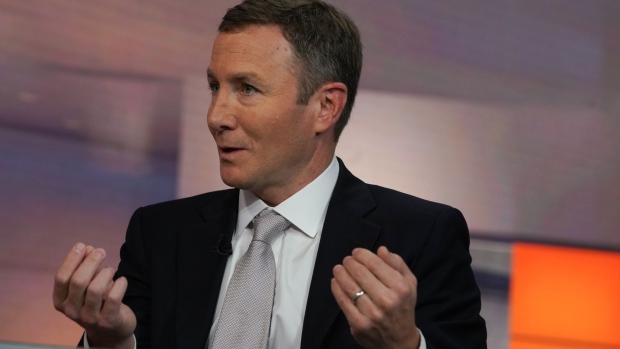 (Bloomberg) -- The activist investor who pushed Peloton Interactive Inc.’s John Foley to step down as chief executive officer and published a scathing takedown of his leadership skills has a long history of agitating for management changes, including wrangling with Tom Barrack’s Colony Capital Inc.

Blackwells Capital, which on Tuesday said Peloton has been “grossly mismanaged,” was founded in 2016 by Jason Aintabi, who also leads the private equity firm VandeWater Capital Holdings. The Montreal native uses his own money to battle big names from Barrack, a long-time ally of former President Donald Trump, to real estate billionaire Sam Zell, in attempts to squeeze more value out of his investments.

The strategy appears to be working. Blackwells returned 99.7% on its investments in 2021, according to a person familiar with its financials. Its best returns last year came from investments in CyrusOne Inc., which was acquired by a consortium led by KKR & Co., as well as Coresite Realty Corp., which agreed to sell itself to American Tower Corp.

Blackwells, which owns a stake of less than 5% in Peloton, called for Foley’s ouster from the company a little over two weeks ago. But the appointment Tuesday of Barry McCarthy as CEO, with Foley moving to the executive chairman role, hasn’t satisfied the activist investor’s demands.

“Foley has proven he is not suited to lead Peloton, whether as CEO or executive chair,” Aintabi said in a statement. “He should not be hand-picking directors, as he appears to have done today.”

In its 65-page presentation, Blackwells attacked Foley’s management style, claiming the CEO has “made a series of poor decisions relating to product, pricing, demand, safety and capital allocation.” It also reiterated calls for a sale of the company, naming 19 potential acquirers of the business, including Walt Disney Co., Netflix Inc. and Meta Platforms Inc.

Aintabi’s first high-profile proxy fight was at the grocery chain Supervalu Inc. in 2018. Blackwell’s nominated six directors to the board of the grocery chain and pushed it to explore a sale, just like its recent campaign at Peloton. Blackwells accused Supervalu of snubbing potential buyers shortly before it was taken over by United Natural Foods in a $1.3 billion deal.

The next year, Blackwells moved onto Colony Capital, where it nominated a slate of directors to the investment firm and pushed to remove Barrack as executive chairman and CEO. The parties reached a settlement in 2020 to appoint one director to the board, shortly after Colony Capital accelerated its leadership transition and appointed Marc Ganzi as CEO. Just like Foley, Barrack stayed on as executive chairman -- until last March. He remains on the board as a director during his ongoing legal troubles.

The firm also nominated directors at Monmouth and said it opposed the terms of Zell’s takeover proposal, arguing it undervalued the company. Zell’s bid failed a shareholder vote, and the company eventually agreed to a $2 billion takeover by Industrial Logistics Properties Trust in November.