COVID-19 has been a tailwind for us: Peloton president

Peloton Interactive Inc. founder John Foley is now a billionaire, thanks to a stunning rally in his home-fitness company’s shares since the pandemic began.

After posting a video to Kickstarter in 2013, Foley, a cycling enthusiast, raised US$307,000 to help get his fledgling in-home exercise startup off the ground.

The former e-commerce president at Barnes & Noble wanted to bring the indoor cycling classes like those he was taking at New York boutiques SoulCycle and Flywheel into people’s homes. He had high hopes for Peloton, comparing its approach of creating both hardware and software to Apple Inc. in the Kickstarter video.

But Foley couldn’t have predicted the pandemic seven years later that would shut down gyms and spur a home exercise boom not long after his company’s IPO. Since mid-March, Peloton shares have rallied about 350 per cent, sending Foley’s net worth to US$1.2 billion, according to the Bloomberg Billionaires Index. He owns 3 per cent of the Class B shares and options representing an additional 5 per cent, according to filings.

Investment firms including Baillie Gifford & Co., Peloton’s second-largest shareholder at the end of June, and Chase Coleman’s Tiger Global Management are also beneficiaries of the hot streak. Tiger Global, an early Peloton investor, reaped a US$1 billion profit when the company went public, Bloomberg reported. The hedge fund still holds a 2.5 per cent stake, according to its most recent filing. 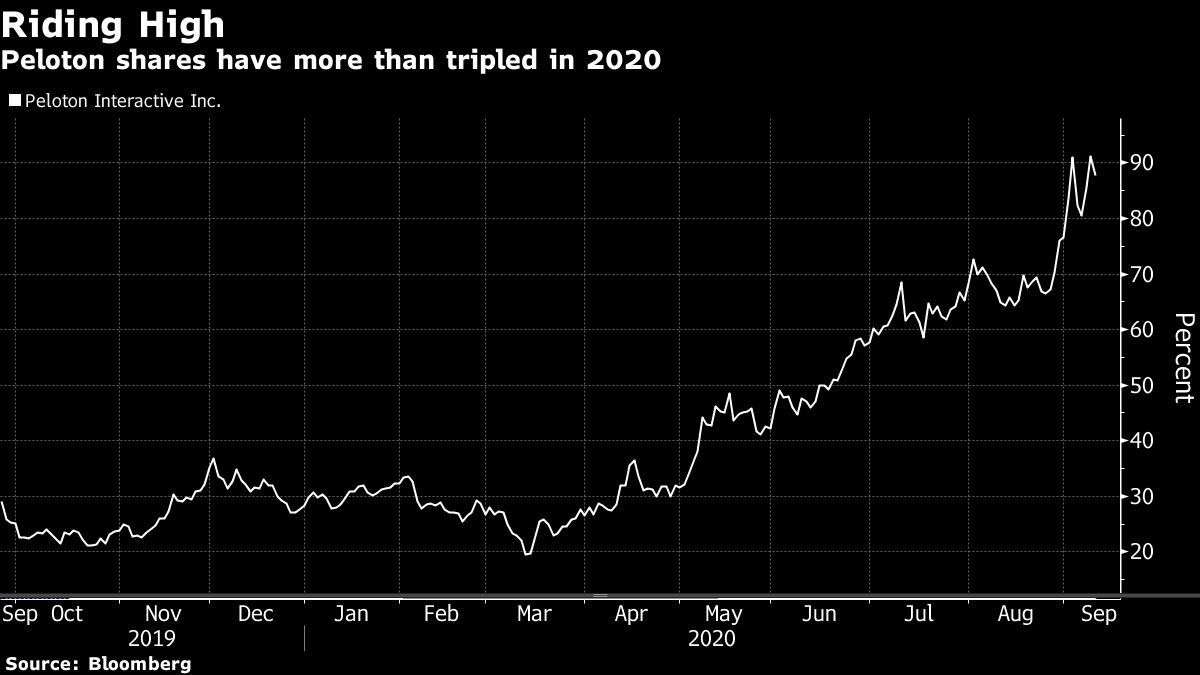 When Peloton went public, some investors were wary that the expensive home exercise equipment -- the standard bike initially cost almost US$2,000 -- would lack mass appeal. The stock tumbled late last year after backlash from a controversial holiday television ad, with short sales accounting for 70 per cent of the available shares in late December.

But then came the pandemic, which boosted demand for Peloton’s products and services as exercise buffs looked for new ways to work out at home.

On Thursday, the company reported fiscal fourth-quarter sales that beat Wall Street’s expectations and forecast US$3.5 billion to US$3.65 billion in revenue for fiscal 2021. The firm’s shares were up more than 10 per cent Friday before flipping to a loss and closing down 4.2 per cent to US$84.04.

Peloton said it reached 1.09 million paying subscribers in the most recent quarter, up from 712,000 at the beginning of the year. And it’s not the only home fitness brand to see a post-pandemic boost. Athletic clothing maker Lululemon Athletica Inc.’s stock has also soared this year, in part due to its acquisition of Mirror, an at-home fitness startup.