Stock in the spotlight: Peloton president says treadmill market is 'even bigger' than bikes

Peloton Interactive Inc. shares plummeted 24 per cent Thursday on a report that it’s temporarily halting production of bikes and treadmills, the latest sign that a star of the pandemic has lost its shine.

Production of Peloton’s main stationary bikes will be paused for two months, CNBC reported, citing internal documents. And the company will stop making its treadmill machine for six weeks, starting in February, the news outlet said.

The move represents a shocking turnabout for a company that couldn’t keep up with demand during the height of the pandemic, when stuck-at-home consumers snapped up its bikes. As life begins to return to normal in many parts of the world, customers’ appetite for home fitness has waned. Peloton slashed its sales forecast in November, sending the stock on its worst rout ever. 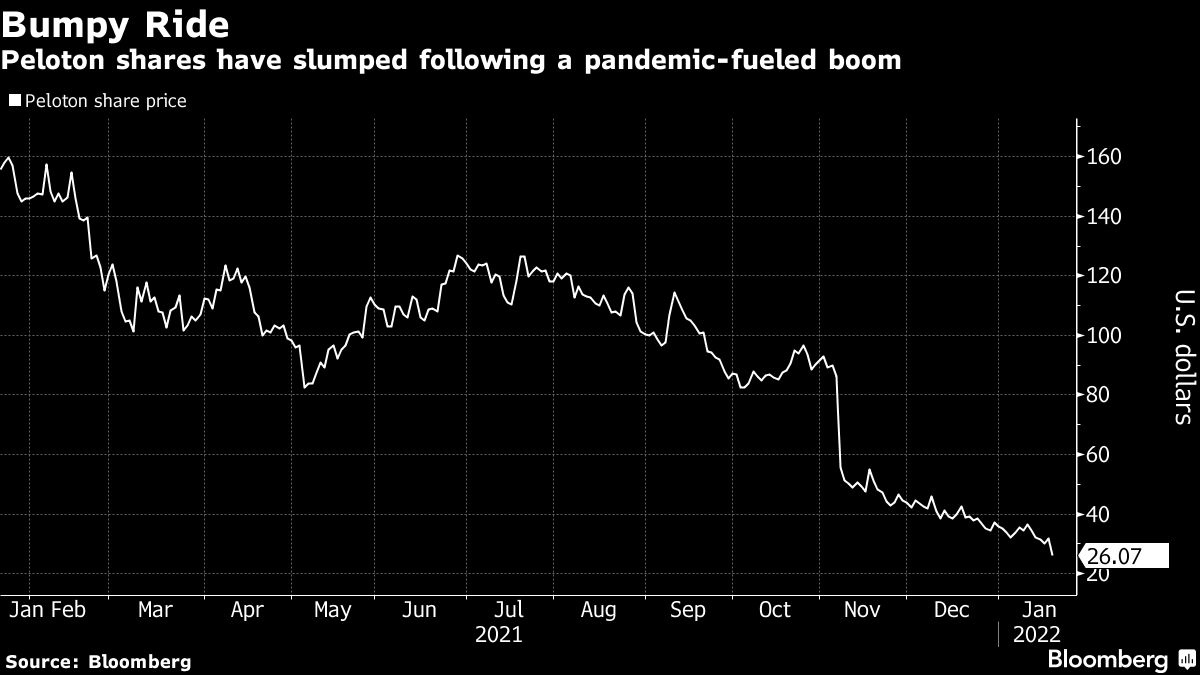 The shares closed at US$  24.22 on Thursday after the CNBC report, marking the worst decline since the November plunge. Even before the latest drop, the stock was down 79 per cent in the past 12 months.

Peloton also is delaying the opening of a US$  400 million U.S. factory by a year, the New York Post reported. The facility, located in Ohio, will now open in 2024 instead of 2023, according to the newspaper. That could save the company US$  100 million to US$  200 million.

CNBC reported that Peloton had already stopped production of its more upscale Bike+ in December, a break that will last until June. A more expensive treadmill, meanwhile, has been off the market since a recall last year.

In a presentation from Jan. 10, Peloton said its fitness equipment faced a “significant reduction” in demand globally due to shoppers being more price-sensitive and competition ramping up, according to CNBC.

The company is developing on new products to spur growth, including a strength training device called the Guide. But interest in the product has been lower than expected, CNBC said, citing the internal documents.