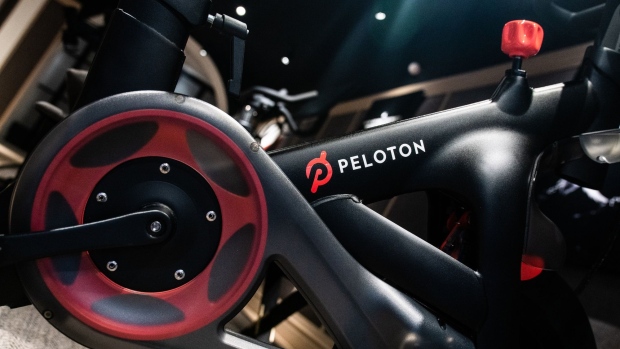 The New York-based fitness technology company said fiscal fourth-quarter revenue came in at US$607.1 million, up 172 per cent from a year earlier. Analysts were looking for US$581 million, according to data compiled by Bloomberg. Profit, excluding certain items, was US$89.1 million, or 27 cents a share, in the latest period, it added in a statement.

Peloton also forecast US$3.5 billion to US$3.65 billion in revenue for fiscal 2021 and US$720 million to US$730 million for the fiscal first quarter -- both well above Wall Street expectations.

The COVID-19 pandemic has boosted demand for Peloton’s products and services as consumers look for new ways to work out at home. Many gyms across the U.S. were forced to shut down this year, giving the company an opportunity to lure new customers and subscribers.

Connected fitness subscribers -- people, households or commercial properties that paid for a subscription to a Peloton machine or requested a “pause” to their subscription for up to three months, reached 1.09 million in the latest quarter. Wall Street estimated 1.08 million.

Workouts soared 333 per cent in the period, with the average subscriber doing almost 25 workouts a month. That’s up from 12 per month a year earlier.

The company expects the number of connected fitness subscribers to grow about 90 per cent in its next fiscal year.

Earlier this week, the company announced it is cutting the price of its flagship bike by a few hundred dollars and unveiled a new higher-end bike. Next year, it’s also releasing a cheaper treadmill. The company said that nearly all of its 103 stores have re-opened after COVID-19 related closures, which could help the company sell the new products.