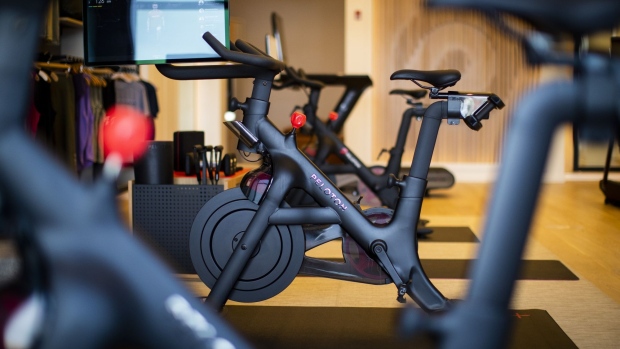 (Bloomberg) -- Peloton Interactive Inc.’s efforts to cancel trademarks for the words “spin” and “spinning” for exercise is doomed to fail, according to the company that’s owned the registrations on the terms for 25 years.

Peloton filed the petitions at a trademark review board within the Patent and Trademark Office last week, claiming the registrations owned by Mad Dogg Athletics Inc. are for generic terms widely used in the fitness industry.

Mad Dogg said it developed the terms in the 1990s -- long before Peloton’s founding -- and has worked to both promote the use of the words for its own products and protect the trademarks from copycats.

“Peloton’s petition incorrectly paints a picture of trying to assert rights that are not well established or grounded in trademark law. The opposite is true,” the company said in a statement. “The company has continuously used and defended its marks ever since in connection with indoor cycling bikes and programs that spawned the indoor cycling category.”

The dispute is a part of a larger battle in the home-exercise market as fitness buffs, kept home by the pandemic, look for new ways to stay in shape. On Monday, a federal judge in Delaware rejected a request by NordicTrack maker Icon Health & Fitness Inc.’s request to halt sales of Peloton’s Bike+ while a different patent-infringement case is pending.