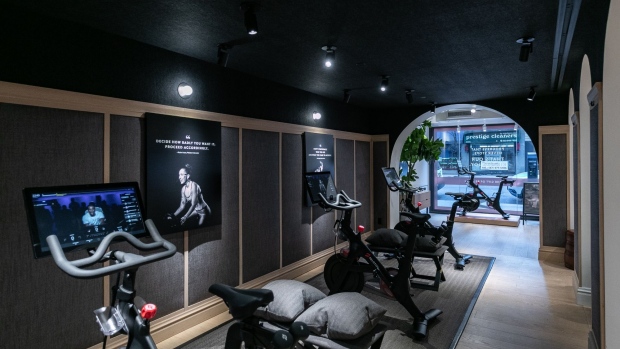 Peloton Interactive Inc. said quarterly revenue soared 66 per cent and paid digital subscribers jumped 64 per cent after the COVID-19 pandemic spurred thousands of people to work out at home. The company also raised forecasts, sending the shares up more than four per centin extended trading.

The New York-based maker of fitness equipment and online exercise services said it generated US$524.6 million in revenue and grew to over 886,000 connected fitness subscribers, easily beating analysts’ estimates.

“Connected Fitness Product revenue exceeded our expectations across all geographies driven by strong demand for our Bike,” Peloton said Wednesday in a letter to shareholders. “During the last few weeks of Q3, we saw a significant increase in demand for our Bike which has continued into Q4 so far.”

The company also raised its fiscal 2020 revenue guidance to a range of US$1.72 billion to US$1.74 billion and sees 1.04 million to 1.05 million connected fitness subscribers. For the current quarter, the company expects revenue to be US$500 million to US$520 million, exceeding analysts’ estimates, according to data compiled by Bloomberg.

Peloton went public last year in the midst of a debate about whether the company could build a sustainable business selling expensive stationary exercise bikes and pricey subscriptions to digital workout classes. The pandemic lockdown of millions of people has quelled dissenters for now and sparked a furious rally in the stock. Before Wednesday’s results, the shares hit a record and have gained about 36 per cent so far this year.

The company is now projecting 2020 fiscal-year earnings will be US$30 million to US$40 million, excluding interest, tax, depreciation, amortization and other items.

Peloton generated US$98.2 million in the fiscal third quarter from subscriptions, up 92 per cent year over year, and US$420.2 million from product sales, up 61 per cent.

The company also said there was strong demand for its Tread workout machine before Peloton pausing sales and deliveries on March 19. Sales of the treadmill won’t resume during this fiscal year, which ends June 30. The company said it is still facing a backlog of bike deliveries. Customers ordering bikes are facing delays, and the company said it doesn’t expect to “materially” improve delivery times by the end of the current quarter.

Peloton also said it averaged 17.7 monthly workouts per subscriber, up from 13.9 in the year-ago quarter and that its subscriber churn was the lowest in four years.