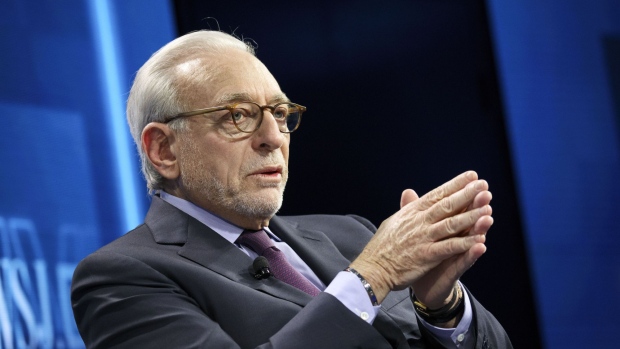 Nelson Peltz wasted little time in choosing his next target in the asset-management industry, grabbing board seats at Invesco Ltd.

That’s a typical next step in Peltz’s playbook.

Peltz, 78, has been zeroing in on money managers for more than a decade, as seismic changes reshape the industry. He has said that successful companies need to have scale to compete with BlackRock Inc., which oversees about US$7.8 trillion.

But even that’s no guarantee of success in an increasingly competitive business, in which some deals have failed to stem outflows in recent years.

Invesco is also adding outgoing Barings Chief Executive Officer Tom Finke to its board on Dec. 1.

Peltz’s experiment with Atlanta-based Invesco will be a test of whether Trian can continue a winning streak when it comes to stitching together rival fund managers.

Last month, Trian announced that it took 9.9 per cent stakes in both Invesco, which oversees about US$1.2 trillion, and competitor Janus Henderson, with roughly US$358 billion. Both fund managers struck deals of their own in recent years, but the outflows continued.

“There has not been any indication from Trian that there is an interest in combining Invesco with Janus,” a representative for Invesco said Thursday in an emailed statement. “We view the three new board members as welcome additions to the board and look forward to engaging with them as we seek to further strengthen Invesco’s work for our clients and shareholders.”

Invesco bought OppenheimerFunds last year, a US$5.7 billion bet on the future of active management, as investors were already gravitating toward index investing. Janus Henderson was formed through the marriage of two money managers in 2017.

Companies like Invesco and Janus “need scale and I think that’s going to happen,” Peltz said at a virtual conference last month. “You’re going to see many of these merge, and you’re going to see two or three of them come out similar to what BlackRock looks like.”

BlackRock CEO Larry Fink cast doubt on the idea that consolidation alone is enough to compete in money management.

“If the acquisitions are being done to rip expenses out, they don’t work,” he said in a virtual appearance last month, without naming specific companies. “It’s hard to bring cultures together.”

Trian has a history of success with asset managers. The New York-based firm has made about US$266 million on two Legg Mason investments over the past decade, including US$70 million on the acquisition by Franklin Resources, which was completed in July. Garden and Peltz took seats on Legg Mason’s board about eight months before that deal was announced.

The largest money managers aren’t the only ones expected to be involved in future deals.

WisdomTree Investments Inc., with about US$63.8 billion under management, and Waddell & Reed Financial Inc., which oversees roughly US$67.9 billion, are among other mid-size independent managers seen as potential players. Analysts asked executives at both firms about consolidation on their latest earnings calls.

“There is no question that the outlook for M&A seems to have improved, with more firms participating and obviously encouragement from certain investors,” said WisdomTree CEO Jonathan Steinberg.