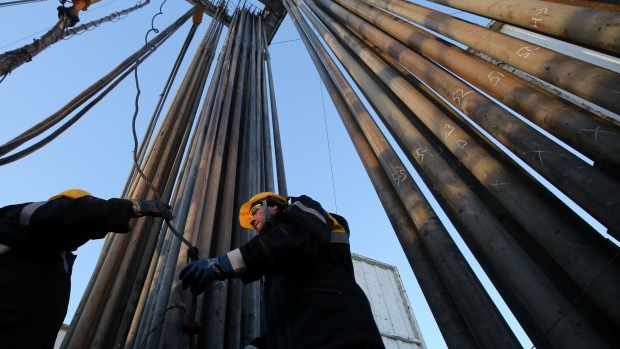 A worker uses machinery to handle oil pipes at the turntable on a drilling rig, operated by Rosneft PJSC, in the Samotlor oilfield near Nizhnevartovsk, Russia, on Tuesday, March 21, 2017. , Bloomberg

The Calgary-based company says it earned 51 cents per diluted share for the three months ended Sept. 30, compared with 66 cents per share or $370 million a year earlier.

Pembina was expected to earn 52 cents per share on $1.72 billion of revenues, according to data firm Refinitiv.

Total volumes were stable at 3.45 million barrels of oil equivalent per day, compared with 3.46 million a year ago.

In March, Pembina said it would target a $100-million reduction in full-year operating, general and administrative expenses. It now expects those savings to exceed that target by about 50 per cent.