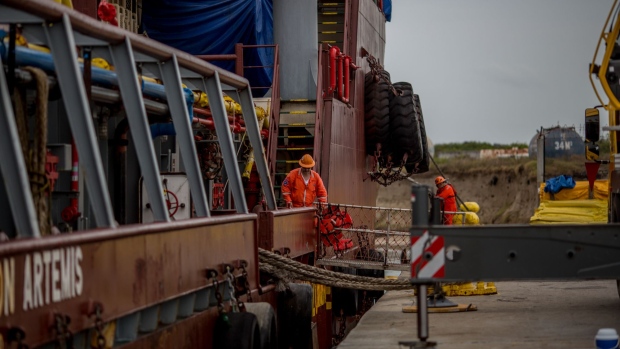 (Bloomberg) -- The cost overruns plaguing Mexico President Andres Manuel Lopez Obrador’s flagship energy project – the Dos Bocas refining complex – have been so out of control they prompted the resignation of a high-profile government auditor.

Francisco Javier Vega Rodriguez, appointed in 2018 by the Lopez Obrador administration as head auditor of state-owned Petroleos Mexicanos, left his post in December over concerns the Dos Bocas project was being mismanaged, according to people familiar with the situation who asked not to be named discussing internal business.

His departure came after the Pemex subsidiary building the refinery, PTI Infraestructura de Desarrollo, declined to provide the contracts necessary to back up a financial audit of the project, which could have compromised Vega’s work, said the people. Since the resignation, the number of contracts associated with the project have increased by more than 100, while its estimated cost has jumped from around $12 billion to as high as $18 billion, according to the people.

AMLO, as the president is known, has denied that the project is significantly overbudget, saying its costs have only risen 20-30%. Energy Minister Rocio Nahle said last week that the budget remains as expected.

Dos Bocas -- the crown jewel of the president’s energy independence ambitions -- is set to open Friday, though it’s months away from producing any commercial fuel. AMLO has touted the project as key to making Mexico a self-sufficient energy provider, and is building the plant in his home state of Tabasco, in Mexico’s southeast, in an effort to economically revitalize the region.

Bloomberg reported last week that the value of contracts for construction work through 2024 rose to more than $14 billion in May, with the final price tag likely totaling between $16 billion and $18 billion.