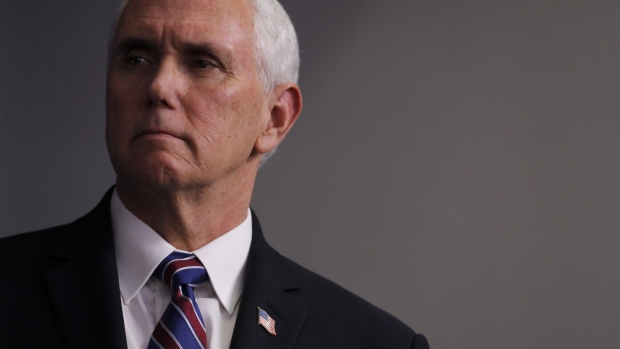 U.S. Vice President Mike Pence tried to paint a reassuring picture of a surge in COVID-19 cases in the U.S., saying the outbreaks are concentrated in a small number of areas and that with more young people falling ill, more are likely to survive.

“Roughly half of the new cases are Americans under the age of 35, which is at a certain level very encouraging news, as the experts tell us, because as we know so far in this pandemic, that younger Americans are less susceptible to the serious outcomes of this virus,” Pence said during the first public briefing by the federal coronavius task force in two months.

On the day after the U.S. recorded more than 39,000 new COVID-19 cases, Pence said the U.S. has made “truly remarkable progress in moving America forward again.”

Fatalities are declining across the country, he said. And he repeated President Donald Trump’s assertion that cases are rising only because more testing is being done.

The vice president insisted all 50 states “are opening up safely and responsibly,” adding “we’ve all seen the encouraging news as we open up America again.”

Cases in the Northeast, once the epicenter of the U.S. outbreak, have decreased dramatically. But number of states in the West and South - - including Texas, Florida and Arizona -- have seen significant increases in cases and are holding up or rolling back their reopenings.