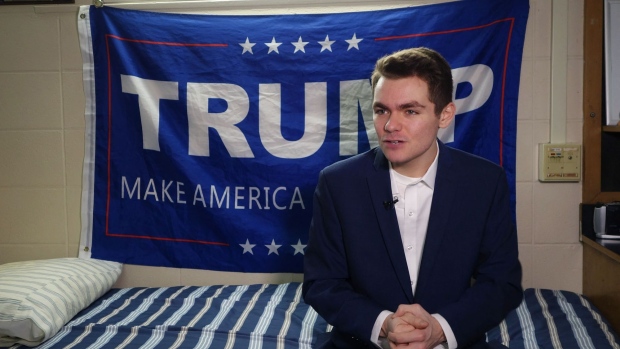 Pence is the most prominent Republican to criticize the former president for his meeting last week at his Mar-a-Lago resort with Ye, who was formerly known as Kanye West and has lost business partners after making anti-Semitic remarks, and white supremacist Nick Fuentes.

“President Trump was wrong to give a white nationalist, an anti-Semite and a Holocaust denier a seat at the table, and I think he should apologize for it,” Pence said in an interview airing Monday with Leland Vittert, an anchor with NewsNation.

Pence said in the interview he doesn’t believe Trump is antisemitic, a racist or a bigot and would not have agreed to be his vice president if he were. But Pence, who could challenge Trump for the GOP presidential nomination in 2024, said his former boss “demonstrated profoundly poor judgment.”

Asked at an event at the Chicago Council on Global Affairs if he would run for president in 2024, Pence said he and his family would discuss his future when they gather in his home state of Indiana over the Christmas holidays.

A Trump spokesman didn’t immediately respond to a message seeking comment. Trump has said in posts on his Truth Social platform that he agreed to meet with Ye to give him business advice and that he didn’t know Fuentes, who accompanied the rapper.

Adidas AG and other companies have cut ties with Ye in recent weeks after he made a series of antisemitic and racist remarks, and Fuentes is one of the most prominent young white nationalist leaders in the US. The New York Times reported that Fuentes is a Holocaust denier who, in his podcast, recently called for the military to be sent into Black neighborhoods and demanded that Jews leave the country.

The visit drew criticism from a White House spokesman who said antisemitism has no place in America, “including at Mar-a-Lago.”

David Friedman, who was Trump’s ambassador to Israel, called the visit by West and Fuentes “unacceptable,” adding “you are better than this.”

Before Pence’s comments, many of Trump’s potential 2024 rivals and top Republicans were silent about the dinner. But other Trump critics in the Republican Party on Monday also denounced the dinner.

“President Trump hosting racist antisemites for dinner encourages other racist antisemites,” tweeted Louisiana GOP Senator Bill Cassidy, one of seven Republican senators who voted to convict Trump at his second impeachment trial. “These attitudes are immoral and should not be entertained. This is not the Republican Party.”

Another Republican who voted to convict Trump, Utah Senator Mitt Romney, condemned the meeting and said the former president shouldn’t be “hanging over our party like a gargoyle.”

Maine Republican Senator Susan Collins, who also voted to convict Trump, said in a statement that the former president “should not have met with Nick Fuentes. It sends the wrong signal for him to meet and have dinner with him.”

Senator John Thune of South Dakota said the dinner meeting was “a bad idea on every level,” but didn’t criticize the former president directly.

“I don’t know who is, who’s advising him on his staff, but I hope that whoever that person was got fired,” Thune told reporters at the Capitol.

Some other Republicans skirted the issue.

Asked his views on Trump’s dinner meeting, Louisiana Senator John Kennedy said, “I don’t have anything for you.”