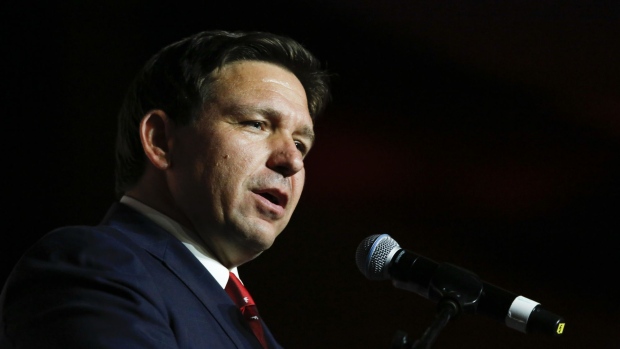 (Bloomberg) -- After watching key GOP figures launch an all-out political attack on ESG, senior officials from the $57 trillion global pension industry are speaking out against the risks such an agenda poses to long-term savings.

Matti Leppala, chief executive at PensionsEurope, said efforts to lambaste ESG based on an assessment of short-term returns are “ridiculous” and “meaningless.”

“We would argue that not taking ESG into consideration is in fact the real risk factor that will have an impact on long-term, sustainable returns,” Leppala, whose association represents firms overseeing a combined $7 trillion in assets, said in an interview.

The testimonial follows a ban by Florida Governor Ron DeSantis prohibiting state pension funds from screening for environmental, social and governance risks. The decision, announced in late August, marked the culmination of months of attacks against ESG, which DeSantis has painted as an anti-American, leftist scheme that hurts financial interests.

More than a dozen other GOP-led states have launched similar campaigns targeting ESG through different channels, such as the municipal bond market. Financial behemoths such as BlackRock Inc. also have been targeted individually for allegedly not doing enough to support the fossil-fuel industry.

Brian Graff, chief executive of the American Retirement Association, said US savers ought to be free to get ESG-integrated plans if that’s what they want.

“We believe that, you know, American workers who are interested in investing in this area should have the option to do so,” said Graff, who represents the interests of his association’s more than 34,000 members. He also suggested that the debate around ESG has become riddled with confusion.

A spokesperson for the Teacher Retirement System of Texas, which manages about $160 billion, declined to comment on the current political debate and instead referred to the group’s website, which shows that ESG factors are considered if deemed material to long-term returns and levels of risk.

Read more: GOP Fury Over ESG Triggers Backlash With US Pensions at Risk

ESG fund returns this year have been mixed, with those exposed to tech doing badly and those overweight energy doing well. Goldman Sachs Group Inc. estimates that, overall, funds incorporating ESG underperformed their conventional counterparts in the first six months of 2022.

But over a longer time frame, the picture changes. Data provided by Morningstar Inc. shows that, over the past five years, US investors exposed to ESG strategies did better than those who weren’t, generating returns that were consistently between one and seven percentage points higher.

For the pensions industry, “it’s meaningless to focus on short-term performance,” Leppala said. “We have long-term liabilities and therefore these kinds of short-term gains from the speculative energy market are not for us.”

Data compiled by Bloomberg suggests that ESG indexes have generated higher returns and less volatility than traditional stock market benchmarks since 2020. The total return of the Bloomberg ESG Index is more than six times greater than the largest exchange-traded fund investing in traditional energy since 2014. Over five years, ESG gained 73%, while fossil-fuel produces added 57%.

“If you don’t take ESG into consideration, then you increase the risk that you are not able to pay for pensions policyholders,” Leppala said.

For those designing the principles guiding ESG investing, protecting savings has always been an essential element.

“The fiduciary debate is at the very, very core” of how ESG is viewed, said Helena Viñes Fiestas, rapporteur of the EU Platform on Sustainable Finance and a member of the United Nations Secretary General High-Level Expert Group on net-zero pledges.

“If you think about the whole movement of ESG, it is in a way questioning the current economic model and saying, ‘Look, it’s no longer finance on one hand and environmental and social aspects on the other, it has to be unified,’” she said.