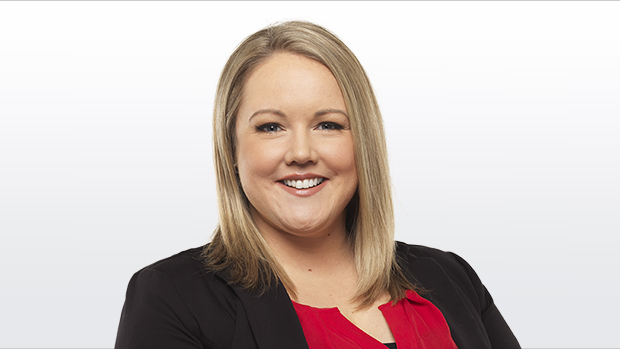 As an important deadline looms for Enbridge’s Line 5, tensions are rising over what a shutdown of the pipeline could mean for individuals and entire communities that depend on it for critical energy shipments.

“I just don’t think people understand the scope of it and the gravity of it. I mean, it’s going to knock the legs right out from under this town. It’s just going to wither and die without Line 5,” Scott Archer, a union representative in Sarnia, Ont., said.

Archer speaks on behalf of almost 1,600 pipefitters belonging to UA Local 663, who keep Sarnia’s refineries operational. He said the shutdown of Line 5 would impact all of his members and many more. Enbridge estimates direct job losses of between 5,000 and 6,000 workers and the loss of 30,000 indirect jobs.

“That pipeline is vital not just to Sarnia, but to Ontario, and to Quebec and Eastern Canada,” Sarnia Mayor Mike Bradley said.

Line 5 has been operating since 1953. It carries approximately 540,000 barrels per day of Alberta and Saskatchewan oil and natural gas from Superior, Wis. to refineries in Ontario, Quebec, Ohio and Michigan. But to reach them, the pipeline crosses below the Strait of Mackinac, which connects Lake Huron and Lake Michigan. 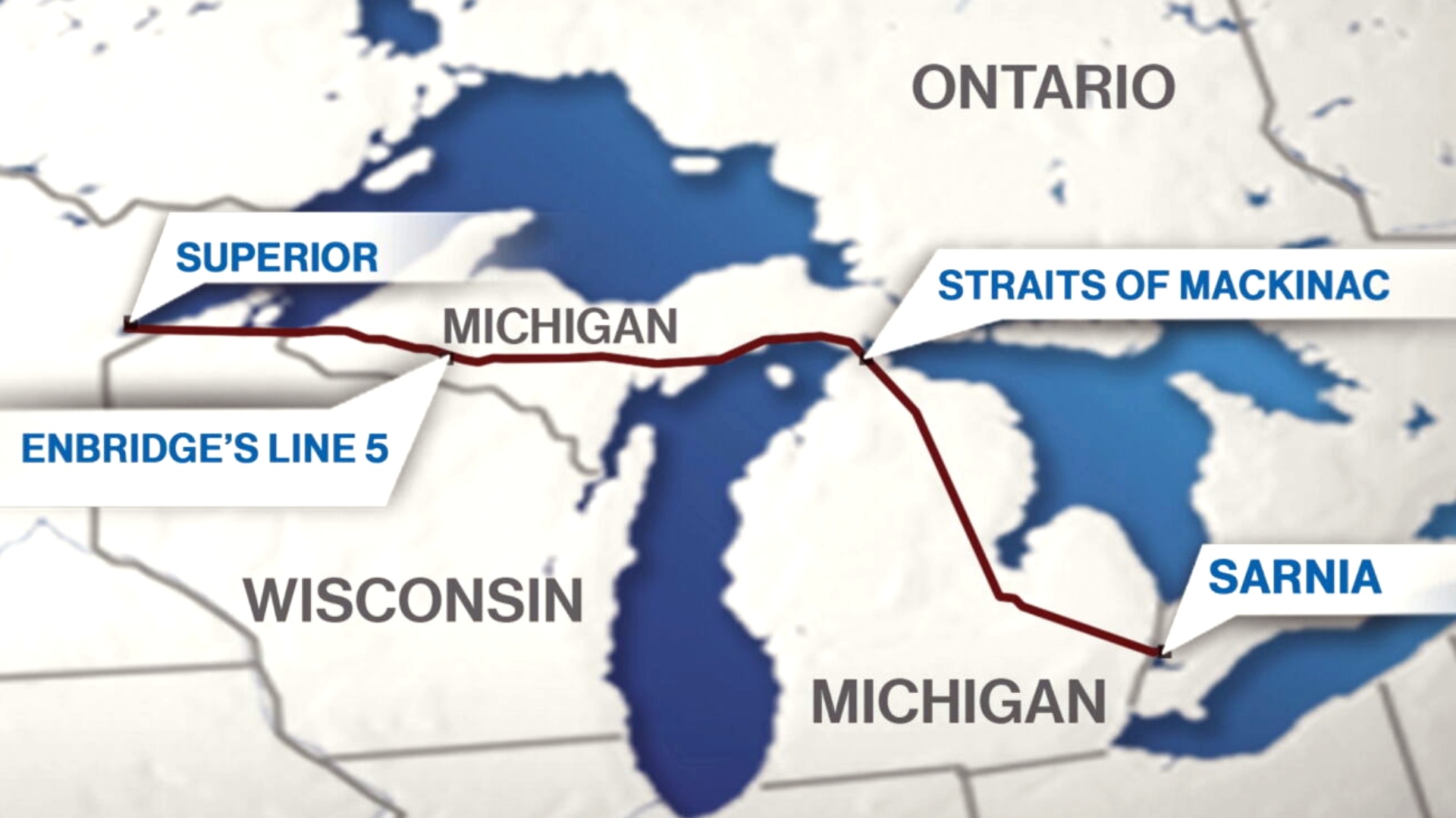 It is that area that has raised environmental concerns. Since 2018, Enbridge has been working on the $500-million Great Lakes Tunnel Project to encase the pipeline under the strait. The pipeline was struck by anchors or ship cables in 2018 and 2019, though it did not rupture, which contributed to the plan to protect it with an underwater tunnel.

Enbridge is planning on starting construction this year, but Michigan Governor Gretchen Whitmer is worried it will take too long.

In November, she signed an executive order to shut the pipeline down and gave Enbridge until May 12, 2021 to do so. Enbridge has vowed to defy that order and is challenging it in U.S. Federal Court. The company argues the state does not have the authority to stop it as its oversight lies with the U.S. Pipeline and Hazardous Materials Safety Administration.

But the possibility of a shutdown is increasing anxiety at the end of the line. It would mean refineries fed by Line 5 would receive about 45 per cent less product from Enbridge than they currently demand. That oil is used to produce gasoline, diesel, jet fuel, petrochemicals and diesel. Line 5 also supplies about half of all of Michigan’s propane demand.

“We have a neighbour – I’m looking out my window right now at Port Huron, Mich. – who seems to care nothing about the Canadian-U.S. relationship,” Bradley said. He said beyond the anxiety the situation is creating in the community, the lack of dialogue is more concerning.

“I like to joke that I’ve written to the Governor of Michigan over the last couple of years more than St. Paul wrote to the Corinthians. No response. I also know a lot of Canadian officials have not been able to get direct contact with the governor.”

Bradley notes that this is a bigger issue for Canada than the Line 5 pipeline. “We’re talking about a relationship with Ontario and Michigan. $19 billion in trade every year and yet we have a governor who has isolated herself from a bigger discussion.”

“I understand there is transition coming, but that’s not the way to do it.”

Bradley wonders what the Canada-U.S. relationship is going to look like when the Line 5 issue is eventually resolved: “How are we going to feel about renewing our relationship with Michigan when you’ve just cost us thousands of jobs? It’s just so hard to understand the motivation on this.”

“People are nervous,” Archer said. “There is no viable alternative for the delivery of all the oil we need to keep these refineries open and many of them have openly stated they’ll shut their doors. Plains Midstream will be closing multiple locations and I’m sure there are two of our big three refineries in this town that would close down and one of the remaining ones has already taken steps to secure another pipeline.”

Some companies are making contingency plans. In February, Suncor revealed it had purchased a new stake in a pipeline and planned to use it to move oil from Maine to Central Canada as an alternative.

“We have the ability to take some crude to Sarnia, and have access to waterborne crude at Montreal, along with our sole ownership of the Portland Montreal Pipeline, which brings in crude to Montreal from Portland, Maine,” Erin Rees, a spokesperson for Suncor Energy, said. “We think we’re well positioned to manage it, however all of these things will require additional costs, ultimately impacting the consumers in Michigan, Ontario or Quebec.”

The concern highlights the amount of money on the line. Enbridge has stated if Line 5 were to be shut, it would take hundreds of train cars, transport trucks and barges to move product every day.

“If the pipeline was to be shut on May 12, that would mean thousands of railcars and trucks and barges carrying that oil and propane from Western Canada. How is that environmentally responsible?” Bradley said.

Those transportation alternatives would result in increased environmental impacts, as well as squeezing available supply, increasing prices. Those expenses would be borne by the end consumer.

“Some of the government officials that I’ve spoken to and people in the industry have said that tripling the cost of fuel at the pumps would not be unrealistic,” Archer said. “That’s mind blowing, eh? Because it’s already far, far too much.”

The amount of any potential increase is still unknown. Michael Tran, managing director of Global Energy Strategy with RBC, doesn’t think anyone has crunched the numbers yet as it’s considered a “low-probability, high-consequence event and most would be really surprised if the line got shut down.”

“It’s tough to venture to ballpark given that such an event would be inflecting pain on your own population,” Tran wrote in an email. “It’s a material-refining hub, so given how hard it is (geographically) to source end use refined products for that region, a knee-jerk price response higher would almost certainly be in the cards to make up for a shortfall in product delivery.”

In addition, there would be a high economic cost to Canada. Besides the impact on local activity and jobs, Archer predicted the U.S. would simply replace its Canadian crude needs with supply from elsewhere in the world.

“It would be destroying this town, I mean it’s the backbone of Ontario’s infrastructure, Pearson Airport shuts down without it,” he said. “It would hurt Quebec. As well it’s just kicking Alberta while they’re down, again. It’s the last thing Alberta needs. Good lord.”