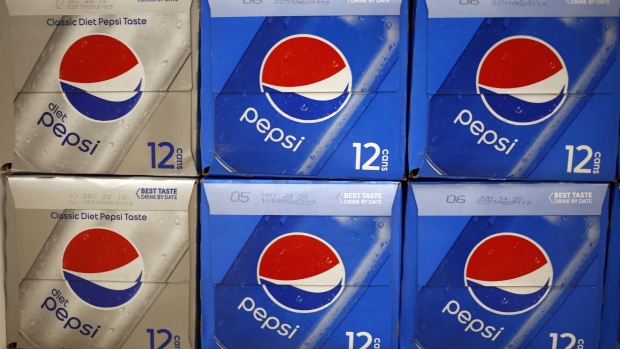 PepsiCo Inc. shares rallied after the snack and beverage giant reported robust sales growth at its Frito-Lay North America business, even as its 2020 earnings forecast fell short of analyst estimates.

Pepsi’s Frito-Lay unit posted a 4.5 per cent rise in 2019 organic sales -- which strips out elements like currency volatility -- its best yearly performance since 2013, the company said in its earnings report. Overall, organic revenue rose 4.3 per cent in the fourth quarter, versus an analyst estimate of 3.7 per cent.

Still, the company projected core earnings per share of US$5.88 in 2020, just shy of the US$5.95 average of estimates compiled by Bloomberg. Pepsi also sees organic sales growth at 4 per cent this year, trailing analyst expectations. The shares pared earlier losses of as much as 1.7 per cent to close at a record high.

Pepsi is trying to tap demand for snacks like Doritos and Lay’s potato chips to offset a general decline in the consumption of sugary soft drinks. Still, sales were also up in the key North American beverage unit, which has faced pressure as consumers cut down on sugary soda and competitors flood stores with a host of new options. The business posted total revenue growth of 4 per cent for the quarter. The same measure of European sales jumped by 15 per cent, helped by its 2018 acquisition of SodaStream International Ltd.

Pepsi is investing in more manufacturing capacity, including new plants, new lines and more distribution infrastructure. It is also spending more money on data analytics and will “build consumer intimacy,” a sign the company will look deeper at shoppers’ buying habits and preferences, its executives said on the call.

The Internet has changed the way companies can market products and Pepsi is taking advantage of that. “The ability to actually understand consumers at a more individualized level is now out there,” Hugh Johnston, chief financial officer, said in an interview. “Then combine that with the fact that you then have the ability to market to them in a much more specialized way, in a much more targeted way, than you would in TV only.”

The company expects about US$11 billion in cash from operating activities and US$6 billion of free cash flow in 2020, which translates to net capital spending of about US$5 billion, according to its earnings statement.