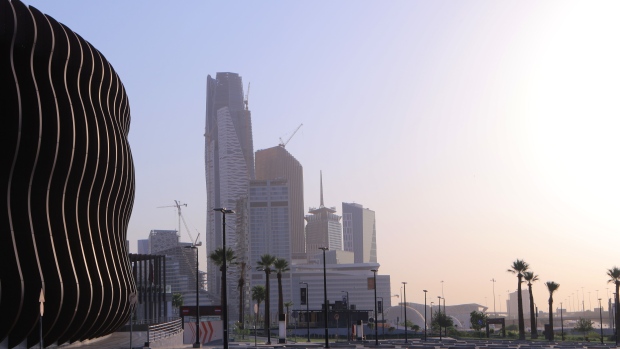 The firms will get exemptions from work visa limits, eased regulations, and help with the relocation of staff under a new program to facilitate business, according to a website for the program and Hosam Alqurashi, a senior adviser at the Royal Commission for Riyadh City. The companies that have signed up so far also include Deloitte, Pepsico, Unilever, Siemens and Philips, according to a presentation Alqurashi gave at an investment conference in Riyadh.

Around half of the companies that received their permits this week had already signed agreements in January to relocate their regional headquarters to the kingdom. The rest were new.

Saudi officials are pushing to transform their desert capital into the new hub for business and talent in the Middle East as Crown Prince Mohammed bin Salman overhauls the economy and revamps regulations to attract more investment.

Multinational companies have typically chosen free-wheeling Dubai in the neighboring United Arab Emirates as their regional base, but competition is heating up as Saudi Arabia, with a much bigger land mass and population, opens up by easing social restrictions and welcoming tourists for the first time.