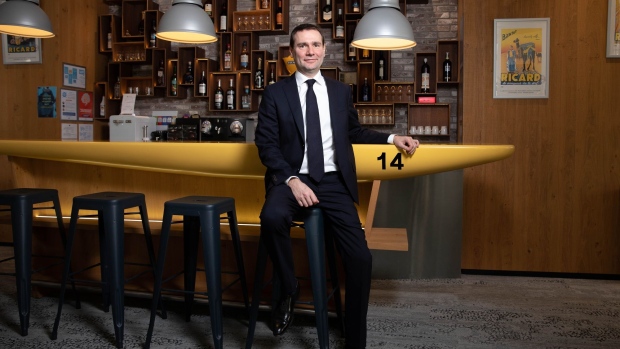 (Bloomberg) -- French distiller Pernod Ricard SA agreed to buy the Whisky Exchange in a move that vaults the maker of Absolut vodka and Havana Club rum into one of the liquor industry’s largest online retailers.

“What I’m really excited about is that it’s the leading, most credible, most profitable platform in Europe,” Alexandre Ricard, Pernod Ricard’s chief executive officer, said by phone. He confirmed the purchase after Bloomberg requested the company’s comment on the transaction.

Sukhinder and Rajbir Singh, who founded the Whisky Exchange in 1999, will remain at the helm of the business, which will operate as an independent subsidiary. Ricard declined to disclose the financial terms of the deal.

Best known for its website, the Whisky Exchange also operates three brick-and-mortar stores in London. It offers a range of almost 4,000 brands of Scotch, whiskey and bourbon, as well as cognac, gin, rum and tequila in more than 30 countries, making it one of the world’s largest e-commerce businesses focused on spirits and a competitor to more generalist vendors like Amazon.com.

Ownership will give Pernod Ricard access to reams of real-time data on consumer demand for specific liquor categories and trending brands, Ricard said. The French distiller’s online sales grew 63% last year, but still account for less than 5% of the group’s revenue.

The Whisky Exchange’s parent company generated sales of 72 million pounds ($98.4 million) in 2020, according to corporate filings.