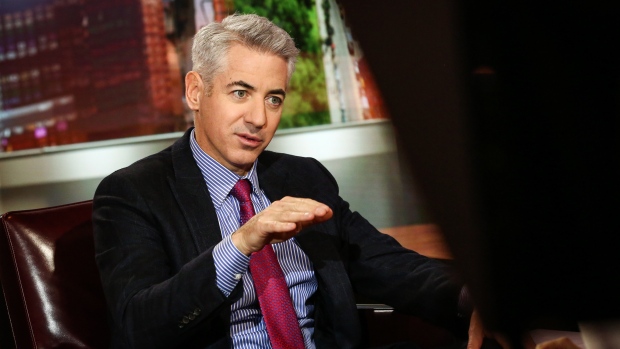 (Bloomberg) -- Bill Ackman’s hedge fund Pershing Square Capital Management LP is in discussions to raise $1 billion to help fund its bet on Vivendi SE’s Universal Music Group, according to people with knowledge of the matter.

The firm is set to raise the capital, which would supplement $3 billion of its own capital, via a so-called sidecar vehicle, the people said. It would represent Pershing’s seventh co-investment vehicle, and facilitate the purchase of a 10% stake in UMG, one of the people said.

The original deal called for Ackman’s blank-check company to acquire a 10% stake in UMG, the home of artists including Taylor Swift, Drake and Billie Eilish. When that deal fell apart, Ackman said his hedge fund had committed to acquiring a 5% to 10% stake in the company.

Pershing has previously employed co-investment vehicles for bets on companies such as Automatic Data Processing Inc., or ADP, its earnings transcripts show.