The good ol’ U.S.A. was the place to be for Canadian investors in 2017. Even with a five-cent hike in the loonie, the benchmark S&P 500 Total Return Index advanced 15.7 per cent in Canadian dollars.

Most U.S. equity mutual funds on the Canadian market fell below the benchmark, but – as always – it all came down to who was managing your money. Returns for the year were between 34-per-cent gains and a two-per-cent loss.

The top performer during the year was Dynamic Power American Growth, more than doubling the benchmark with a 33.7 per cent return. It got an edge on the market by taking big positions in pharma and biotech stocks including Vertex Pharmaceuticals (VRTX.O) and Align Technology (ALGN.O).

Over the past 15 years the Dynamic Power American Growth fund has produced an average annual return of 10 per cent compared with eight per cent from the benchmark. 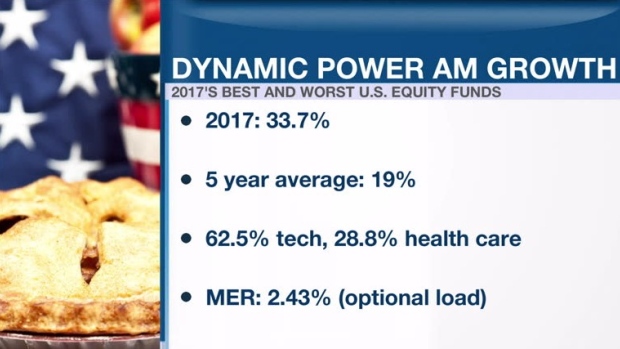 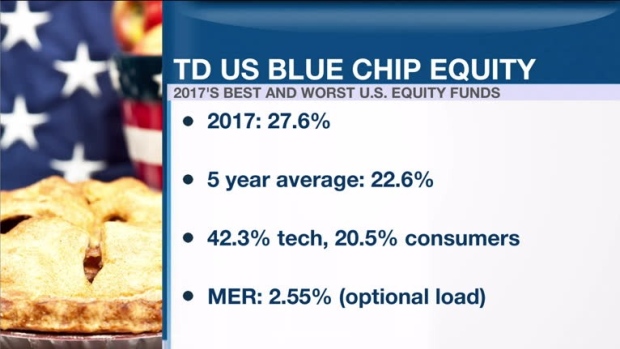 The Manulife U.S. All Cap Equity fund was the number-three U.S. equity fund last year with a 25 per cent return. It held big position in the usual technology stocks but skewed toward blue-chip financials including Bank of America (BAC.N), Citigroup (C.N) and Goldman Sachs (GS.N). 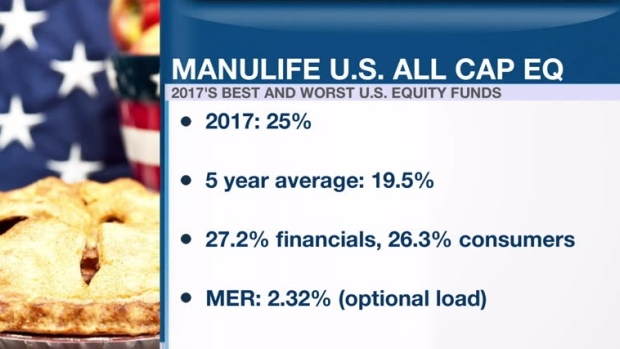 While Dynamic can boast the best performing U.S. equity fund in 2017 it also produced the worst. The Dynamic U.S. Dividend Advantage fund actually lost just over two per cent – coincidentally matching the 2.23 per cent management expense ratio (MER) investors had to fork out. It’s hard to tell what went wrong with this fund but as of Sept. 1, the top single holding was cash. It also took a 48 per cent loss on Envision Healthcare (EVHC.N). 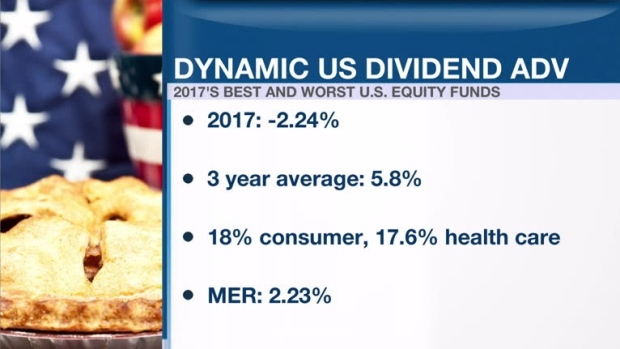