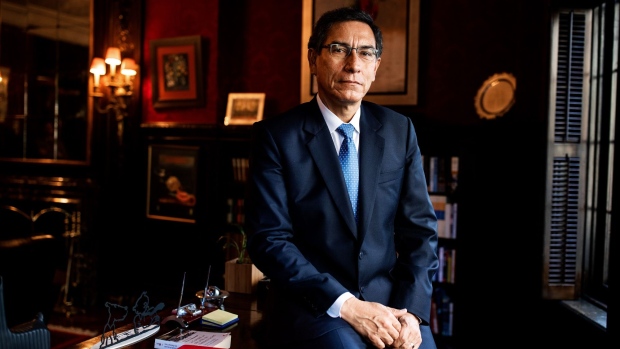 (Bloomberg) -- Martin Vizcarra, who was impeached from Peru’s presidency earlier this month, will run for a seat in congress, he announced on Saturday.

Vizcarra will head the list of congressional candidates in April’s general election for Somos Peru, whose lawmakers ironically voted to oust him over corruption allegations.

The unexpected impeachment, which Vizcarra lost in a 105 to 19 vote, plunged Peru into political crisis as it recovers from one of the world’s deepest economic slumps.

“The huge challenges that Peru faces today demand us to be at the service of the people again,” Vizcarra wrote on Twitter.