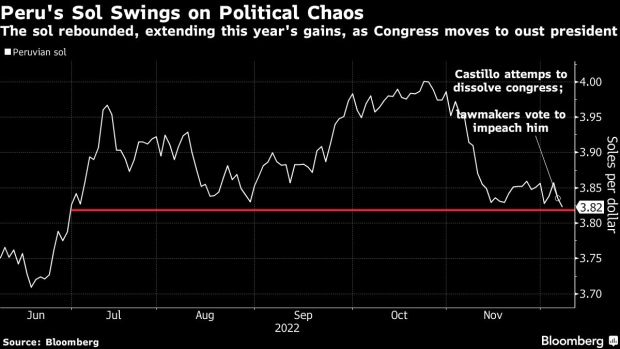 (Bloomberg) -- The Peruvian sol reversed earlier declines and rallied as congress voted to impeach President Pedro Castillo, defying his decision to dissolve the parliament and call new elections. The currency had previously tumbled by the most since July last year as the Constitutional Tribunal called Castillo’s announcement an attempted coup. The sol closed near its highest level since June.