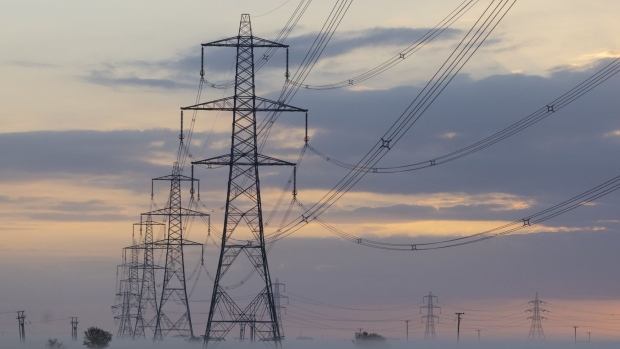 Electricity pylons and power lines in morning mist on the Isle of Grain, UK, on Monday, Aug. 22, 2022. The UK is about to receive liquefied natural gas from far-off Australia for the first time in at least six years, highlighting the European regions desperation in grappling with its worst energy crisis in decades. Photographer: Jason Alden/Bloomberg , Bloomberg

United Utilities Plc: The utility network, feeling the sting of inflation and lower consumption, lowered its revenue guidance and raised its cost expectations.

UK’s Competition and Markets Authority has imposed fines totalling over £2 million on Elite Sports, JD Sports and Rangers FC after they admitted to fixing the prices of Rangers FC merchandise.

A meeting today between UK Chancellor of the Exchequer Kwasi Kwarteng and top British financiers was scheduled in as a polite conversation about his plans to unleash growth. The pound’s plunge and the brutal sell-off of government debt may make it more of a crisis summit for the finance industry.

The Bank of England said yesterday that it will not hesitate to change interest rates “by as much as needed” to hit its 2% inflation target in a statement intended to calm financial markets. That came shortly after the Treasury promised an Office for Budget Responsibility forecast in November, alongside a medium-term fiscal plan.