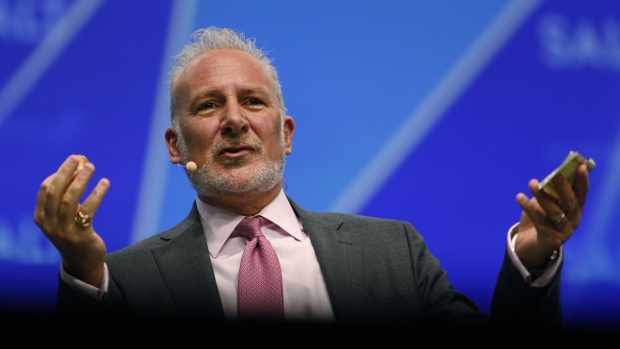 I just lost all the #Bitcoin I have ever owned. My wallet got corrupted somehow and my password is no longer valid. So now not only is my Bitcoin intrinsically worthless; it has no market value either. I knew owning Bitcoin was a bad idea, I just never realized it was this bad! pic.twitter.com/6SJvDJOZU6

“I just lost all the Bitcoin I have ever owned,” Schiff, chief global strategist at Alliance Global Partners, said in a series of posts on his unverified Twitter account. “My wallet got corrupted somehow and my password is no longer valid.”

In a follow-up post, Schiff said it was “not that great a tragedy” as the Bitcoin were gifted to him.

“My plan was to HODL and go down with the ship anyway,” he said, employing a phrase used to describe holding on to the security. “The difference is that my ship sank before Bitcoin.”

Since all the Bitcoin in my corrupted wallet were gifted to me, it's not that great a tragedy for me that they're lost. "Easy come, easy go," is especially true for #Bitcoin. My plan was to HODL and go down with the ship anyway. The difference is that my ship sank before Bitcoin.

Many Twitter commentators pointed out that the Bitcoin holdings still exist, even if Schiff cannot currently access them. Schiff is also not the first victim of crypto password issues.

Customers lost access to about $190 million of crypto holdings at digital-asset exchange Quadriga CX last year as access to the firm’s digital wallets was lost with the unexpected death of its CEO.

Schiff, a noted gold bug, is frequently critical of Bitcoin. In a November tweet he claimed marijuana was more useful than the digital currency as “you can smoke pot and get high. You can’t do anything with Bitcoin.”

Bitcoin, the largest digital currency, is often proclaimed by cryptocurrency proponents as “digital gold” and a superior storage of value to the yellow metal thanks in part to its eye-popping gains of more than 9,000,000 per cent since July 2010.