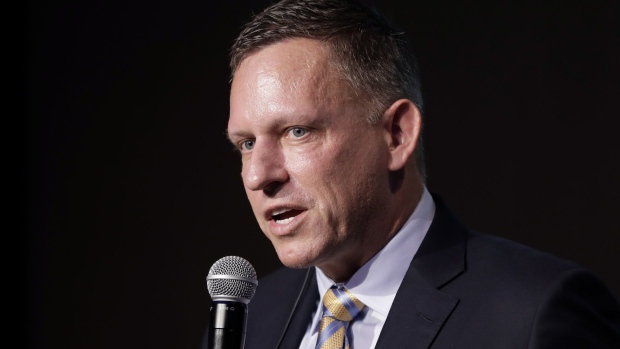 (Bloomberg) -- Peter Thiel is set to become a non-executive board member of AbCellera Biologics Inc., as the Canadian antibody-drug discovery platform prepares for one of the biggest initial public offerings in the biotech industry this year, according to people with knowledge of the matter.

Thiel, who is also on the boards of Facebook Inc. and Palantir Technologies Inc., acquired a small stake in AbCellera earlier this year, the people said, declining to be identified because the information is private. AbCellera plans to announce within a few days its intention to list shares on Nasdaq in an offering that will likely value the business at several billion dollars, they said.

A representative for AbCellera couldn’t be reached for comment outside regular business hours.

AbCellera founder and chief executive officer Carl Hansen, a former professor in the Department of Physics and Astronomy at the University of British Columbia, is holding presentations about the IPO to technology and biotech investors, the people said.

One of the most promising drugs in AbCellera’s pipeline is an monoclonal antibody treatment for Covid-19, which it’s co-developing with Eli Lilly & Co. The drug, known as Bamlanivimab, received emergency-use authorization from the U.S. Food and Drug Administration several days ago to treat people who have recently been diagnosed with the virus.