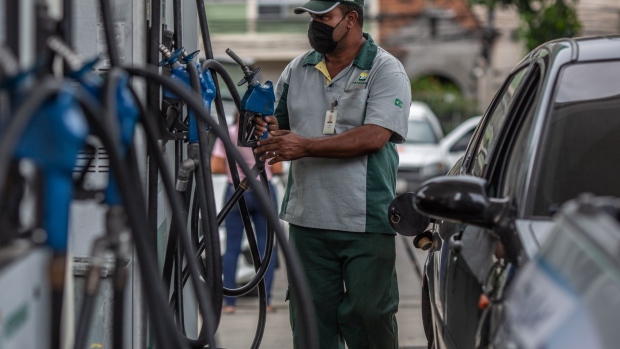 (Bloomberg) -- Petroleo Brasileiro SA gained after a report that the Brazilian government is seeking a way to unload part of its holdings in the state-owned oil producer.

Preferred shares of Petrobras gained as much as 7.8% in Sao Paulo Monday after CNN Brasil said  President Jair Bolsonaro’s administration is studying a bill to eventually sell some stock. The idea is to propose a change in the company’s shareholding structure, allowing the state to lose its status as majority shareholder through equity offerings, while keeping some vetoing rights through a golden share, according to the report.

Petrobras didn’t immediately respond to a request for comment.

Bolsonaro said earlier this month he wanted to privatize the company, without elaborating how the process might happen. Despite appointing Joaquim Silve e Luna, a former general, to run Petrobras, Bolsonaro’s government has left the company to be managed independently.

Petrobras had already traded higher Monday following an increase in gasoline and diesel prices. Bolsonaro has vowed not to interfere with the company’s fuel-pricing policy.

The price hike “reduces the significant discount” to import parity, which now stands at about 11% for both diesel and gasoline prices, Credit Suisse Group AG analyst Regis Cardoso said in a note.

Petrobras is scheduled to report its third-quarter earnings on Thursday.