OTTAWA - Only half of Canada's promised COVID-19 vaccine doses by Pfizer-BioNTech will arrive in the next month, federal officials revealed Friday, blaming production issues in Belgium that will affect immediate vaccination plans.

Procurement minister Anita Anand said Canada faces an “unfortunate” delay that is nonetheless expected to be made up by the end of March, while Prime Minister Justin Trudeau insisted most Canadians will still be vaccinated by the fall.

News of the Pfizer delay drew immediate concern from Saskatchewan Premier Scott Moe who said the province's strategy for the two-dose regime depends on steady shipments.

“We have been planning our vaccine rollout based on this schedule, including second dosages,” said Moe, noting he expected 11,700 doses a week in February. 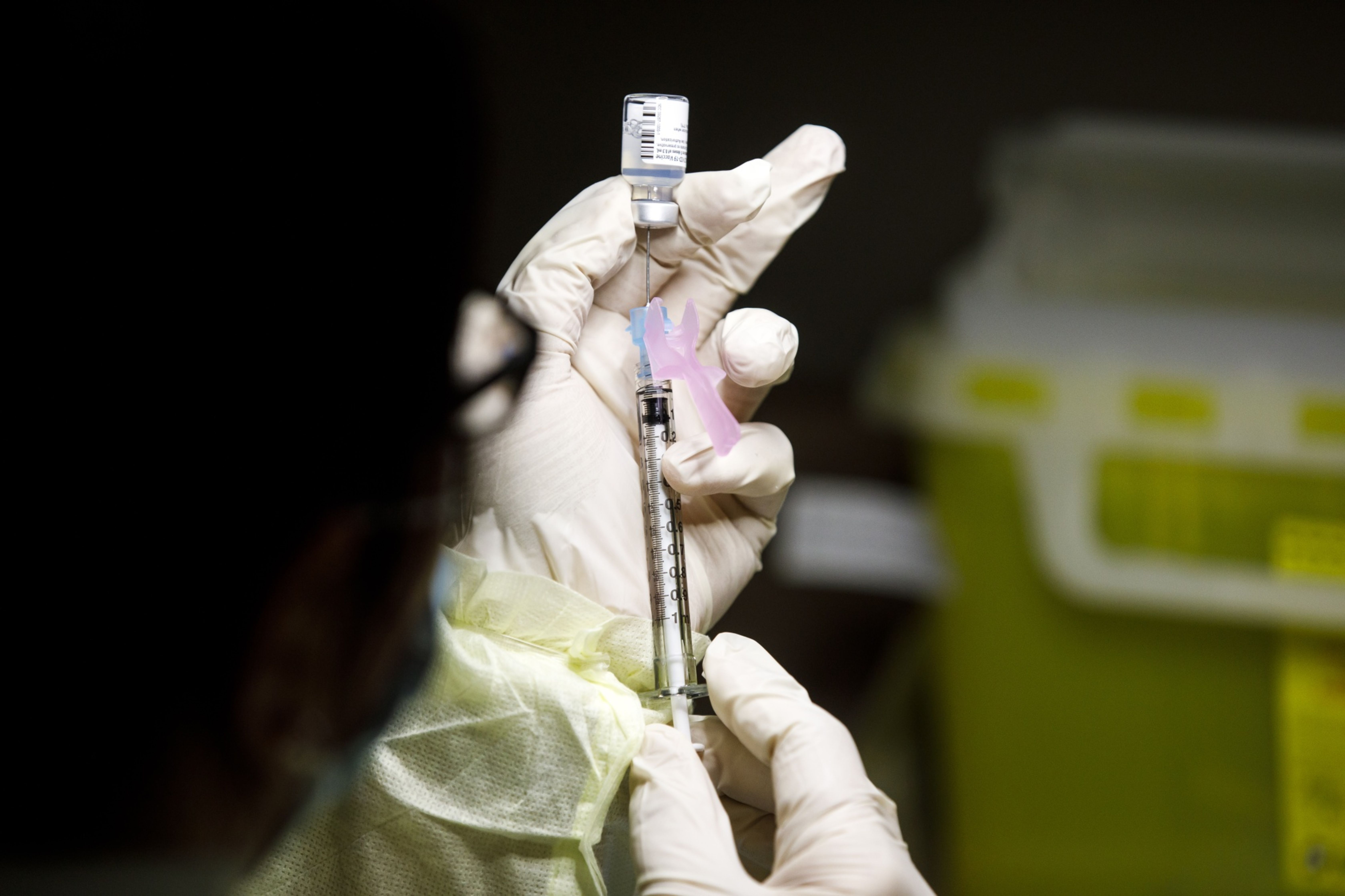 Are you concerned about Canada’s vaccine rollout?

“If this has changed, they need to advise us immediately.”

In British Columbia, where all available doses are being deployed as they arrive, Health Minister Adrian Dix said the delay will have “some significant effect” on when priority groups get their shot.

The delay could also affect the wait time between each shot of the two-dose regime, he said.

Although Pfizer-BioNTech suggests a second dose 21 days after the first, provincial health officer Dr. Bonnie Henry has said that could be extended to 35 days.

A spokeswoman for Quebec Health Minister Christian Dube said the temporary slowdown reinforced the province's decision to wait up to 90 days to administer the vaccine's second dose.

“The strategy remains the same: we must give a boost now and vaccinate as many vulnerable people and health workers as possible, as quickly as possible,” said Marjaurie Cote-Boileau.

Ontario Premier Doug Ford said the province was evaluating the impact of the delay and “will adjust as necessary.”

Maj-Gen. Dany Fortin, who is leading the national vaccine distribution, said Pfizer's production delays would reduce deliveries by an average of 50 per cent over the coming weeks.

He said that won't be felt until after next week because Canada's upcoming shipment has already been prepared. But the final week of January will bring “about a quarter of what we expected.”

“The numbers will pick right back up after that to about half of what we had expected (and) progressively grow into the rest of February,” said Fortin.

“Pfizer is telling us it will impact us for four weeks.”

According to the government's website, more than 200,000 doses of the Pfizer-BioNTech COVID-19 vaccine were expected in each of the next two weeks and 1.4 million doses were expected in February.

Trudeau said Ottawa was “working day in and day out to get vaccines delivered as quickly as possible” but acknowledged that Pfizer-BioNTech doses have been derailed in the short-term.

Trudeau said this is why Canada has one of the most diverse vaccine portfolios in the world, pointing to seven bilateral agreements he says ensure “flexibility when it comes to supply chains.”

“I want to be very clear: this does not impact our goal to have enough vaccines available by September for every Canadian who wants one,” Trudeau said from outside Rideau Cottage.

Anand said all countries that receive vaccines from Pfizer's European facility have been affected but that Canada has been assured it will receive four million doses by the end of March.

“This is unfortunate. However such delays and issues are to be expected when global supply chains are stretched well beyond their limits,” Anand said at a news conference.

Pfizer Canada spokeswoman Christina Antoniou said the production facility in Puurs, Belgium is undergoing modifications in the coming weeks to increase the number of doses it can pump out.

Pfizer hopes to double its 2021 production to two billion doses.

“Pfizer Canada will continue to pursue its efforts in anticipation that by the end of March, we will be able to catch up to be on track for the total committed doses for Q1,” Antoniou said.

The news came as Ottawa released federal projections that suggested the pandemic may soon exceed levels seen in the first wave, rising to 19,630 cumulative deaths and 10,000 daily infections in a little over a week.

Tam said that's especially so in national hot spots of Quebec and Ontario, where a steady increase in hospitalizations has strained the health system's ability to keep up with critical care demands. The post-holiday projections do not take into account Quebec's recently implemented four-week curfew or Ontario's new stay-at-home orders.

Tam emphasized the need to reduce community spread to help relieve some of the pressure on hospitals and long-term care homes.

“The vaccine alone is not going to make a dent in some of that,” she said.

Ontario reported 100 deaths linked to COVID-19, although that took into account a difference in database reporting between one of its health units and the province.

The province's newly resolved tally added 46 deaths from Middlesex-London that occurred earlier in the pandemic.

Quebec reported 1,918 new COVID-19 cases and 62 more deaths, including nine that occurred in the past 24 hours.