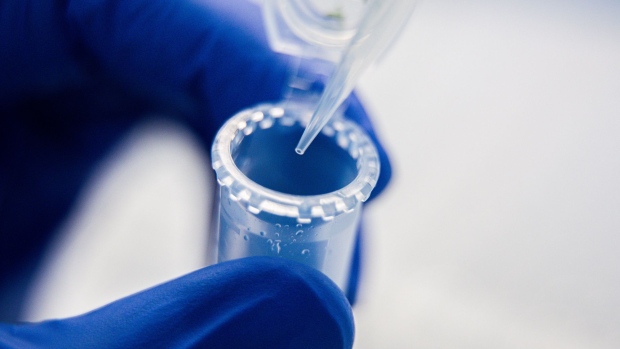 A sign sits on a building at the Pfizer Inc. medical manufacturing facility at Discovery Park in Sandwich, U.K., on Friday, Aug. 21, 2020. Pfizer Inc. and BioNTech SE said the Covid-19 vaccine they are jointly developing is on track to be submitted for regulatory review as early as October, as they released additional data from an early-stage study Photographer: Chris Ratcliffe/Bloomberg , Bloomberg

Pfizer Inc. should wait until at least late November before seeking FDA authorization of its Covid-19 vaccine to meet rigorous safety standards, more than 60 leading researchers and bioethicists said.

The letter, obtained by Bloomberg Law and verified by six signatories, was sent Friday following reports that Pfizer’s clinical trial will yield conclusive results in October. That would likely put the company ahead of Moderna Inc. and AstraZeneca PLC and other promising vaccine candidates.

But the researchers said Pfizer’s clinical trial needs to monitor participants for at least two months after they received the second dose. That would bring the New York-based pharmaceutical giant into at least late November before the Food and Drug Administration should consider granting an emergency use authorization, according to the letter.

“To be successful, the public needs to have the utmost trust in the vaccine and the science behind it,” the letter said. “Submission of an application for an EUA before this standard is met would severely erode public trust and set back efforts to achieve widespread vaccination.”

The scientists added that “a premature application would prolong the pandemic, with disastrous consequences.”

A Pfizer spokeswoman confirmed the company received the letter and that the company is working on a response. Pfizer signed a pledge earlier this month not to cut corners on a vaccine.

The recommendation would put Pfizer’s vaccine on the market after the presidential election and comes amid increasing concerns about the White House pressuring the FDA to rush a vaccine. The letter focused only on safety and rigor and didn’t mention any concerns of political interference.

The signatories of the letter include scientists from a variety of public health backgrounds, including: Joshua M. Sharfstein, vice dean for public health practice and community engagement at Johns Hopkins University and a former second-in-command at the FDA; Esther K. Choo, an emergency medicine physician and professor at Oregon Health & Science University; and Jeffrey R. Botkin, a University of Utah professor of pediatrics and medical ethics.

To contact the reporter on this story: Jeannie Baumann in Washington at jbaumann@bloomberglaw.com